The M1 is a revolutionary new 3D printer directed towards prototype development and low-volume manufacturing. The developers at Carbon ensure that the M1 uses the best technology developed by the most prestigious engineers to create and provide a seamless printing machine that is not limited to the outrageous times that other printers are often hindered by. Traditional 3D printers take hours to develop one prototype using a laser to print layer by layer, followed by another process which refines the plastic into a cleaner, more accurate shape. Overall, it is okay for prototyping, but extremely impractical for manufacturing.

The Carbon M1 makes use of a completely new revolutionary technique that uses projections into a liquid to solidify a resin, which creates an object that appears to grow out of the liquid.

The M1 provides a seamless product that provides engineers a first-time opportunity to produce parts with high resolution and a clean surface finish, as well as all the mechanical properties imperative for prototyping and manufacturing high-quality products. Carbon has designed a new process that projects an image onto the bottom of the resin, causing a chemical reaction that solidifies the substance in the immediate area and allows the object to be printed from the bottom up, instead of in endless painstaking circles. Carbon's process cuts down the time from hours to just 15 minutes.

The3D printer uses breakthrough technology which makes use of their Continuous Liquid Interface Production (CLIP)  which uses their engineering-grade materials to create, design, and exceed the expectations of even the most prestigious printers- and it can do it in much less time.  So far, Carbon has received US$141 million in funding to create their 3D printer, which was unveiled at the same time as their CLIP technology at TED 2015.

“We’re excited to unveil our M1 machine and ground-breaking materials,”

“This product lays the groundwork for addressing major gaps in additive manufacturing as we work with our customers to continually innovate and push the boundaries of product design and production.”

The 3D printer rolled out to customers on April 1st for US$40,000 a month rental. Although the price is steep, Carbon provides repair services and lessons on how to use the revolutionary new machine. It functions on both built-in and cloud-based servers where its onboard GBU further enhances its performance with ease and practicality, as well as providing real-time feedback on exactly what it is doing.

Carbon hopes the M1 will provide a new industry standard in 3D printing and manufacturing, providing high-quality parts that can be made quickly and cost-effectively. 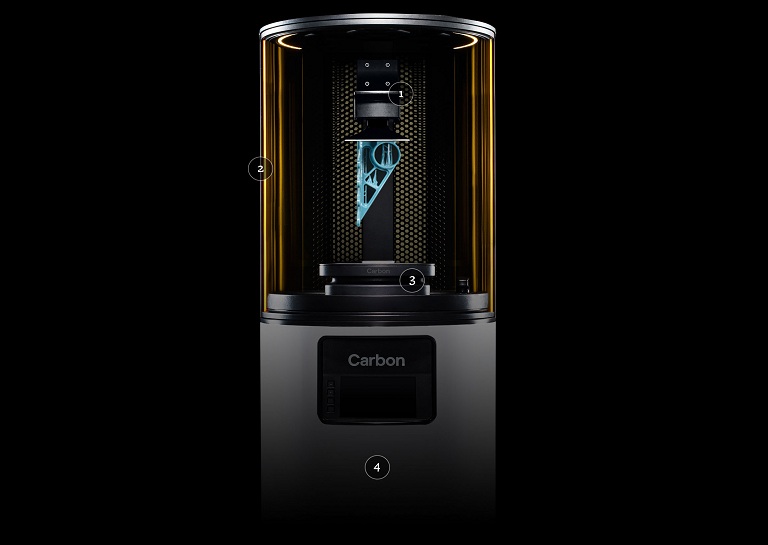