Superconductivity: What Is It and Why It Matters to Our Future

What exactly is this amazing property called superconductivity, and why you may be hearing about it more in the near future.

In January 2019, CERN announced that it was finalizing plans for a Future Circular Collider (FCC) to replace the Large Hadron Collider that would be nearly 100 kilometers long, powered by magnets that harness the power of superconductivity. Capable of accelerating particles up to near the speed of light to be smashed together, the FCC has the potential to become a “Higgs-boson factory.” But what is it about superconductors that make them this powerful?

The answer lies in the incredible property of superconductivity, a unique material characteristic that has the potential to revolutionize electrical transmission, transportation, and physics as we know it.

Superconductivity is clearly important, so what is it?

To start, we need to understand how electrical current passes through a material and what role resistance plays in this process.

This process, however, isn’t perfect. Not every material passes these electrons as easily as the next, and in even the most conductive metals like copper, the material offers resistance to the current. This resistance means that the entire current cannot pass through the material and that the current loses some of its energy in the form of heat.

This energy loss isn’t necessarily bad, as this heat energy is what gives us electric lights and other modern technologies, but if you are transmitting power from one part of the country to another, this energy loss is incredibly inefficient.

Another issue is that the current weakens over time while passing through a resistant material as it is slowly sapped away as heat energy. That means that there is a limit to how far an electric current can travel before it dissipates entirely.

That is what makes superconductivity so special. Superconductivity is when a material stops resisting an electric current and allows it to pass through it freely, without any apparent energy loss as a result.

To get material into a superconductive state, the material has to be frozen to an extremely low temperature, sometimes to only a few degrees above absolute zero (-459.67 degrees Fahrenheit, -273.15 degrees Celsius). Then, for reasons that we still cannot explain, electrical resistance abruptly stops, and an electrical current can continue around a circuit seemingly forever.

This isn’t the only exotic property of superconductivity. Many materials in a superconductive state can cancel out a magnetic field, leading to magnets “hovering” above the superconductor.

How Did We Even Discover Something Like a Superconductor?

Like many great scientific discoveries, superconductivity was discovered entirely by accident.

On April 8th, 1911, Dutch physicist Heike Kamerlingh Onnes of Leiden University was studying the properties of solid mercury when he stumbled upon the bizarre phenomenon.

Taking liquid helium and using it to bring the temperature of a solid mercury coil down to just 4.2 degrees Kelvin (-452.11 degrees Fahrenheit, -268.95 degrees Celsius), Onnes saw that electrical resistance suddenly vanished and that the strength of the electrical current in the coil didn’t dissipate.

Onnes later tested this process on lead and found that it too ceased resisting an electric current, this time at 7 degrees Kelvin. He named the newly discovered property superconductivity and won the Nobel Prize in 1913 for his work.

The next big leap came in 1933 when German scientists Walther Meissner and Robert Ochsenfeld found that material in a superconductive state repels a magnetic field. A magnet passing over a conductor will generate an electric current, which is what makes electrical generators possible.

In a superconductor though, the current the magnet produces exactly reflects the field generated by the magnet, which repels the magnet. This has the effect of forcing the magnet to hover in the air, which is known today as the Meissner effect.

Scientists continue to make discoveries over the next couple of decades, but the next major step in superconductivity came when Alex Müller and Georg Bednorz of the IBM Research Laboratory in Rüschlikon, Switzerland created a ceramic material that was superconductive at 30 degrees Kelvin.

This touched off a flurry of activity as scientists hadn’t considered a ceramic as a superconducting material—ceramics are usually insulators—which eventually led to a research team at the University of Alabama-Huntsville developing a ceramic that was superconductive at 92 degrees Kelvin (-294 degrees Fahrenheit, -181.15 degrees Celsius), warmer than liquid nitrogen, which is widely available.

How Are Superconductors Used?

We are still exploring the practical applications of superconductors, but they’ve already been put to use in the world. 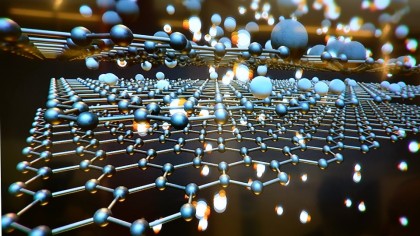 Aside from specific industrial uses, the most widely used application for superconductors is an MRI machine commonly found in hospitals. Only a superconductive system could allow the energy required to generate a magnetic field that powers an MRI, which can be anywhere from 2,500 times to 10,000 times the strength of Earth’s magnetic field, to be economical.

Besides the MRI machine, the most well-known use of superconductive materials is in particle accelerators, like the kind used in CERN’s Large Hadron Collider (LHC) or its proposed Future Circular Collider.

If the MRI machine sounds powerful, the LHC is an absolute beast.

Sending trillions of particles around 27km of tunnels at speeds close to the speed of light, keeping the particle beam stable and moving along the precise path requires a magnetic field of immense power, more than 100,000 times the Earth’s magnetic field. This requires an enormous amount of energy, the kind that superconducting coils can provide.

The Future of Superconductivity

There is a lot we don’t know about superconductive materials, and we are developing new applications for superconductors every day.

Who knows? Maybe one day we’ll have electronics that utilize superconductors to give us smartphones that only need to be charged once a month or more.

It’s anyone’s guess, but with the rapid advances in our technology, we’ll all likely see superconductivity in our lives as a regular feature sooner rather than later.

Conquering Earth's Evil Sister: What Would It Take to Make Venus Our Home?