Tufts University researchers have broken new ground in biology, that could allow humans to regrow limbs.

Like something, out of a sci-fi movie or everyone’s favorite “Merc with a mouth”, Deadpool, Tufts Researchers, may have discovered a way to regrow amputated limbs. As you probably already know, there are countless animals in the animal kingdom, that have no problem regrowing various body parts after injury.

Creatures like spiders, starfish, lizards, flatworms, and sea cucumbers can regrow body parts at will. Nevertheless, there are only a few mammals that actually have this superpower.

Somewhere along the long evolutionary road mammals lost their ability to regrow body parts. With the right hormone, chemical cocktail, scientists may have resurrected that process.

The horrendous event of losing a limb is far more common than you think and its numbers are growing across the globe. Just in the United States alone, there are 2.1 million people living with the loss of a limb and while an additional 185,000 each year; a number that is expected to double by 2050.

There are a unique species of African frog, that compared to other species, has weak regenerating abilities. When the frog is injured, the amphibian grows a thin spike, shaped piece of cartilage.

The Power of Progesterone

Progesterone, also known as the female sex hormone has tremendous healing potential. As stated in another study conducted 25 years ago by Medical Researcher Donald Stein, “Many people do not realize that it's not just a female hormone; both men and women produce progesterone directly in the brain, as well as other tissue. Ultimately, we learned that progesterone basically does in brain injuries what it also does during fetal development—protect cells and tissue.”

To regrow the limb, Tuft researchers, used a small box (bioreactor) containing a progesterone-loaded gel that was sewn over the wound immediately after amputation.

After 24 hours, the process of tissue regrowth began quickly, lasting 9 months compared to the other amphibian test subjects who grew the normal spikes. 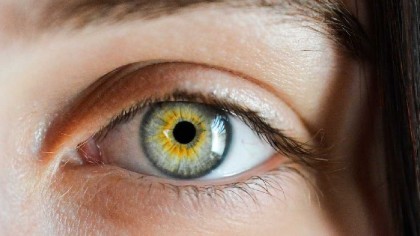 Now adding more “complex cocktails” to new tests, the Tufts’s research team have discovered that their process creates even better limbs that include partial toes.

Using this as a foundation, Levin and his team believe if they discover the right “scaled-up bioreactor” it could be applied to humans.