New Supersonic Jet Could Get from London to New York in 3.5 Hours

Boom maintains the XB-1 Supersonic Demonstrator is the "fastest civil aircraft ever made."

The first test flights will begin near Edwards Air Force Base in Southern California. The Demonstrator's first flight has been scheduled for late 2017, according to the Boom website.

Boom unveiled its prototype on schedule at Centennial Airport in Denver, Colorado.

"I have long been passionate about aerospace innovation and the development of high-speed commercial flights," said Branson.

Engineers with experience from SpaceX, Boeing and NASA contributed to the new Boom 'baby' jet. The prototype already underwent over 1,000 simulated tunnel tests.

Boom passenger jet specs include 45 seats. Tickets cost roughly $5,000, a pretty penny to pay for the fastest flights on the market. Seats are standard first-class variety to reduce weight. (But it's still first-class, so who's complaining?) The aisles are two single-seat rows. Everyone gets a window seat and an aisle. 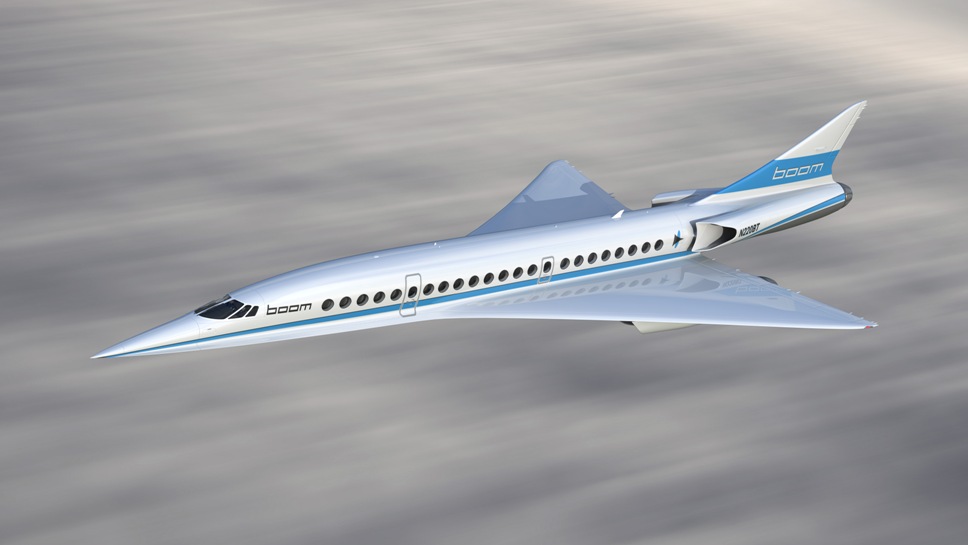 The planes will have a cruising altitude at 60,000 ft in attempts to cut flight time. Boom hopes the London to New York flight would be its most popular route, shaving off nearly 4 hours of flight time.

SEE ALSO: Planes Have 'Air Highways' in the Middle of the Sky

Boom took a lot of notes from the 'original' commercial supersonic plane - the Concorde. Learning from the Concorde's mistakes, the Boom plane combines new composite materials to produce a "safe and affordable" aircraft 2.6 times faster than jetliners.