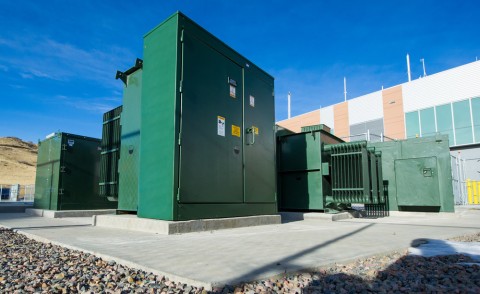 At present, utilities use baseload plants to maintain supply. Many of these are coal-fired and nuclear plants and they are supported by load-following or ‘cycling’ plants, which are typically natural gas or hydroelectric.

Stored energy has the advantage of being available more rapidly than a turbine powering up, storing excess energy and releasing it when needed. Thus far, the dominant form of energy storage has been pumped hydro, based on reservoirs where the water passes through generators which convert the energy potential into electricity. When demand is low, excess generation capacity is used to pump water from a lower level to a higher reservoir. When demand increases, the water is released back into the lower reservoir, passing through a turbine that generates the electricity. This approach is most associated with countries such as Norway, parts of the US and Wales. In Norway, pumped storage has an instantaneous capacity of 25-30 GW, which can be expanded to 60 GW.

At present, at least 140 GW of large-scale energy storage is currently installed in electricity grids across the globe, the vast majority of which (99 percent) consists of pumped hydro (PSH) with the remainder consisting of a mix of battery, compressed air energy storage (CAES), flywheels and hydrogen. Electricity sector decarbonization would require an estimated 310 GW of additional grid-connected electricity storage in the US, Europe, China and India, according to Energy Technology Perspectives (ETP) 2014.

However, there are increasing global discussions going on about, firstly, in which particular circumstances energy storage is actually necessary to support renewable energy integration, and, secondly, what kinds of energy storage technology are we likely to see making it through the research and development process to commercialization.

For example, with regard to the first question, Amory Lovins at the Rocky Mountain Institute in Colorado, USA, argues that energy storage may not actually be necessary.

Furthermore, despite all the criticism of solar and wind from some quarters of the energy sector, a study by scientists at Stanford University in March 2014 found that wind power can actually produce enough surplus electricity to support up to 72 hours of stored energy. 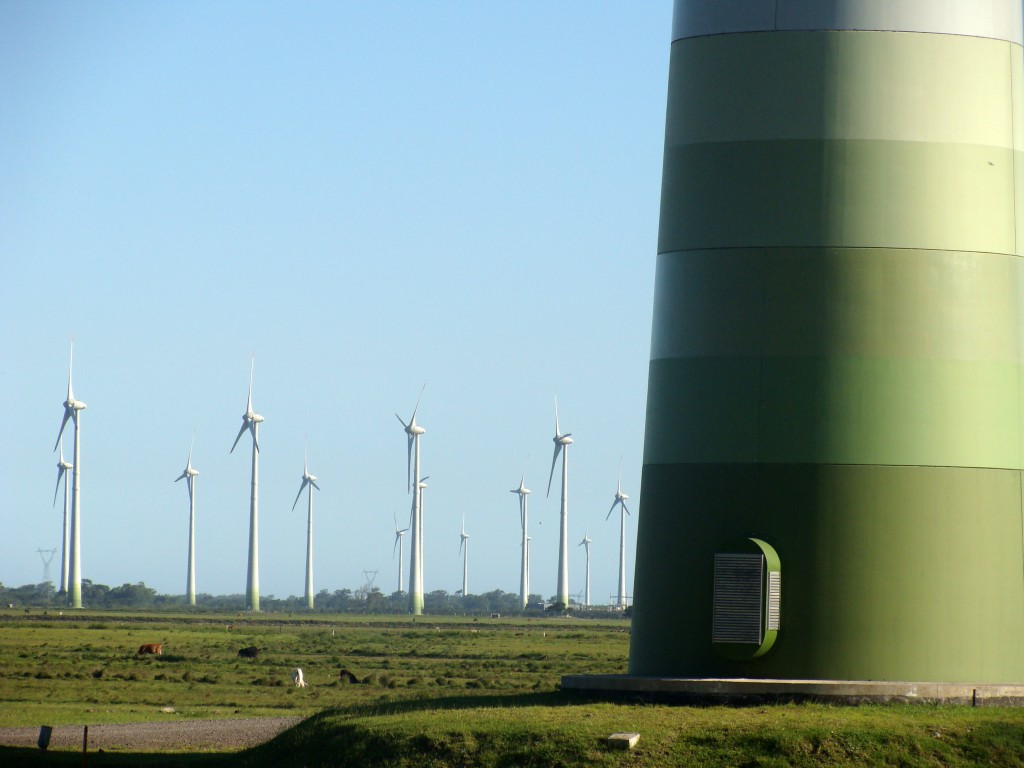 This means that the wind industry could easily cope with three-day lulls in wind availability and therefore could both grow and maintain itself with the aid of energy storage. However, more work is required for solar in that some solar technologies, such as crystal silicon, are growing so fast that they are becoming net energy sinks, in essence consuming more power than they give back to the grid. The Stanford study showed that most PV technologies can only afford up to 24 hours of storage, but this still means that solar PV systems can be deployed with enough storage to supply electricity at night.

Another advantage with wind is that energy return on investment (EROI) is much better than that of solar, with a wind turbine being able to generate enough electricity within a few months to pay back all the energy required in its construction. With solar energy, the payback time is more like two years.

Even more encouraging is the fact that, should it turn out that energy storage is required, all sorts of novel technologies are in development at present, many of them looking very promising indeed.

In addition to these new technologies, there are some very interesting innovative ideas being presented by a number of highly experienced people in the sector. Take for example the blog by the anonymous Scottish Scientist who advocates a unique storage solution that would store energy from solar and wind by using hydrogen-filled bags underwater.

Scottish Scientist argues that PV panels can be mounted on platforms, either individually or dotted around in the spaces between turbines on wind farms. The PV panels would be kept above the water level but below the level at which their presence would interfere with the wind flow. Hydrogen gas would then be used to store the energy generated by the renewable energy platforms.

The way it would work is this. Surplus wind and solar electrical power would be sent down a sub-sea cable to power underwater high-power electrolysis, which would then be used to make compressed hydrogen. This would be stored in underwater inflatable gas-bags, to be piped from the gas-bag up to the platform where it would fuel gas-fired turbine generators or hydrogen fuel cells, generating electricity on demand in all weathers.

Air lifting bags are already used in diving and salvage work and are available at volumes of up to 50 cubic metres. Therefore, Scottish Scientist argues, it should be possible to make much larger gas-bags or rig multiple gas-bags together.

This kind of approach is much better performed in deeper seas because the water pressure is proportional to the depth, thereby allowing the hydrogen to be compressed more densely. This would allow more hydrogen, and more energy, to be stored in the inflatable gas bags. Meanwhile, the oxygen from the electrolysis process could either just bubble away or be stored so that it could increase the efficiency of the system while also reducing the nitrogen oxide combustion by-products produced by the hydrogen-fired generators.

The undersea electrolysis would have to use a custom electrolyte solution in order produce oxygen as the anode gas, because direct electrolysis of sea water produces chlorine gas at the anode. This is poisonous and difficult to dispose of. Therefore, the concentrated electrolyte solution would have to be separated from the sea water by a semi-permeable membrane, allowing pure water to pass through it by osmosis from the dilute sea water.

Scottish Scientist suggests that offshore solar power could be deployed off the west coast of Africa, between the Canary Islands and the Caper Verde Islands. Another potential area for deployment of this system could be somewhere around Spain or in the Mediterranean. The electricity would be transported from these areas by undersea interconnectors, as with offshore wind farms.

Deep seas, required for hydrogen storage, say of a depth greater than 4,000 metres, can mostly be found in particular areas of the Atlantic Ocean, to the south-west of the Bay of Biscay. On this basis, Scottish Scientist argues that one area particularly suitable for this type of operation, could be just to the west and south-west of the Canary Islands and to the north of the Cape Verde Islands. However, this may not be close enough to supply Western Europe, given the costs of longer interconnection cables.

Inevitably, this idea has met with some criticism. For example, one of the comments on the blog suggests that the air bags would leak. However, Scottish Scientist argues that the pressure outside the bag being the same as inside would prevent this. In essence, the only way for gas molecules, or atoms in the case of helium, to leak through the air bag, would be by diffusion, which requires a pressure gradient to overcome the energy barrier. The same comment objects that the counter-pressure of hydrogen, also present in the water, would be very low and that because hydrogen molecules are so small, they will diffuse through most materials.

In response to this, Scottish Scientist suggests that experiments with hydrogen-filled diver’s bags could be used to assess this possibility and to gather further data. Another comment on the blog observes that there are patents already in existence for ionically charged polymeric membranes that would overcome any problems involving diffusion of gas out of the bag. Furthermore, the challenges associated with hydrogen storage are being addressed by metal organic frameworks (MOFs), compounds consisting of metal ions or clusters coordinated to organic molecules forming one-, two- or three- dimensional structures which could be used for the storage of gases such as hydrogen and carbon dioxide.

In other words, the pressure gradient would be fairly low.

Another potential problem would be the distance over which the electricity is to be transported. Scottish Scientist suggests this would be overcome by the development of even higher voltage transmission lines. Furthermore, the integration of solar PV with wind turbines and energy storage at a remote location would also make possible the development of a combined electricity generation system which itself would provide the maximum power capacity of the transmission line.

The discussions and debates around ideas such as this are inevitably going to continue for many a year yet. However, this discussion in particular is illustrative of the innovative thinking currently going on with regards to energy storage, and this is just hydrogen being discussed here – there are many other promising ideas being researched using a whole variety of different approaches. Add all that up and it looks like there’s going to be a very interesting market developing for energy storage technologies in the years to come, if there isn’t already.

But let’s look at this in a little more detail. What is going on out there already?

Just recently, on January 19th this year, IHS announced that reductions in battery cost, along with government funding programs and utility tenders, have led to a 45 percent increase in the global energy storage pipeline over the course of the fourth quarter of 2015 (Q4) compared to the previous quarter, reaching 1.6 GW in Q4 2015.

The announcement of several large projects at the end of 2015 shows that the storage industry is beginning to transition from the research and development stage, involving demonstration projects, to commercially viable projects. These included a 90 MW order by STEAG for the primary reserve market in Germany and 75 MW of contracts awarded by PG&E to a range of companies using various established and emerging technologies.

IHS expects approximately 900 MW of global grid-connected battery projects to be commissioned in 2016, supporting a predicted doubling of global installed grid-connected energy storage. Of the planned installations, 45 percent of them will be in the US with another 20 percent in Japan.

Unfortunately, this is a truly vast subject, and one which, with regard to most technologies outside batteries and pumped storage, is still in its infancy. Therefore a truly comprehensive overview of what’s going on in the energy storage sector would occupy several more pages yet. Therefore, expect some more articles on energy storage before too long, looking at a deeper level of some of the research going on out there.