Naegleria fowleri is a fresh water amoeba that can cause fatal brain infections with symptoms similar to those of bacterial meningitis.

A deadly brain-eating amoeba found in freshwater has killed one person in Texas and has been detected in Louisiana. The death occurred when a 29-year-old a New Jersey man visited a wave pool at a Texas resort.

The man ingested the amoeba called Naegleria fowleri and died on September 16. On September 26 random testing of water sources in Louisiana revealed the presence of the amoeba there, though no incidents of human contact have been reported.

The amoeba causes the onset of primary amebic meningoencephalitis (PAM), a hideous brain infection that can be fatal due to the destruction of brain tissue.

Its symptoms are similar to those of bacterial meningitis and include fever, headache, and nausea. People who suffer from PAM usually die within five days of the initial symptoms.

Infection has a death rate of  97%

The center for disease control has temporarily suspended the operation of the Texas resort and is investigating the possible sources of the amoeba.

Coming into contact with Naegleria fowleri is very uncommon, but those that do have a thin chance of survival. Naegleria have a fatality rate of well over 97%.

The last reported case in the US was in 2016. There are some doctors who think the death rate from PAM may be higher due to misdiagnosis, either way what is most terrifying about the infection is our inability to effectively treat it.

Currently most victims are given an experimental drug called miltefosine. This drug is usually used to treat Naegleria fowleri but has shown some promise with PAM infections.

The trouble with treating PAM is threefold, the delay in diagnosis, ineffective drugs and the difficulty of getting drugs to the brain. New treatments are being developed. Researchers from the University of San Diego recently announced they had completed research resulting in three new molecular targets for treating the amoeba as well as several new drug options capable of limiting its growth. 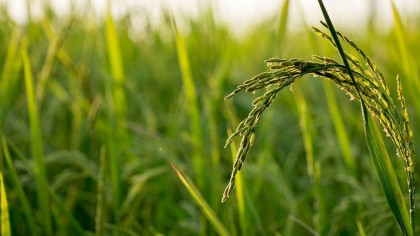 All of the new drugs proved to be stronger against the infection in lab than the currently used miltefosine. Co-author of the paper on the research Anjan Debnath, a parasitologist at UC San Diego says the research is just a beginning point.

The team's next step will be to validate their findings and proceed to animal testing. In addition to finding a better way to treat PAM scientists are working on better ways to detect the amoeba before it can even come in contact with humans.

Current water samples need to be sent to a lab for testing. But the US Geological Survey and Monterey Bay Aquarium Research Institute is developing a test that can check for the presence of Naegleria in real time.

Megalodons were the ultimate apex predators, a new method reveals