Why tell people about your surgery when they can follow the process via your doctor's Snapchat story?

As a tech-savvy surgeon and cancer specialist, Dr. Shafi Ahmed found a new way to combine a new generation gadget into his daily life. By wearing Snapchat’s Spectacles - the company's camera-equipped sunglasses - Ahmed live streamed a hernia repair surgery. He got a big attention for the decision. The $130 Spectacles has been part of an important step forward in teaching medical students online. 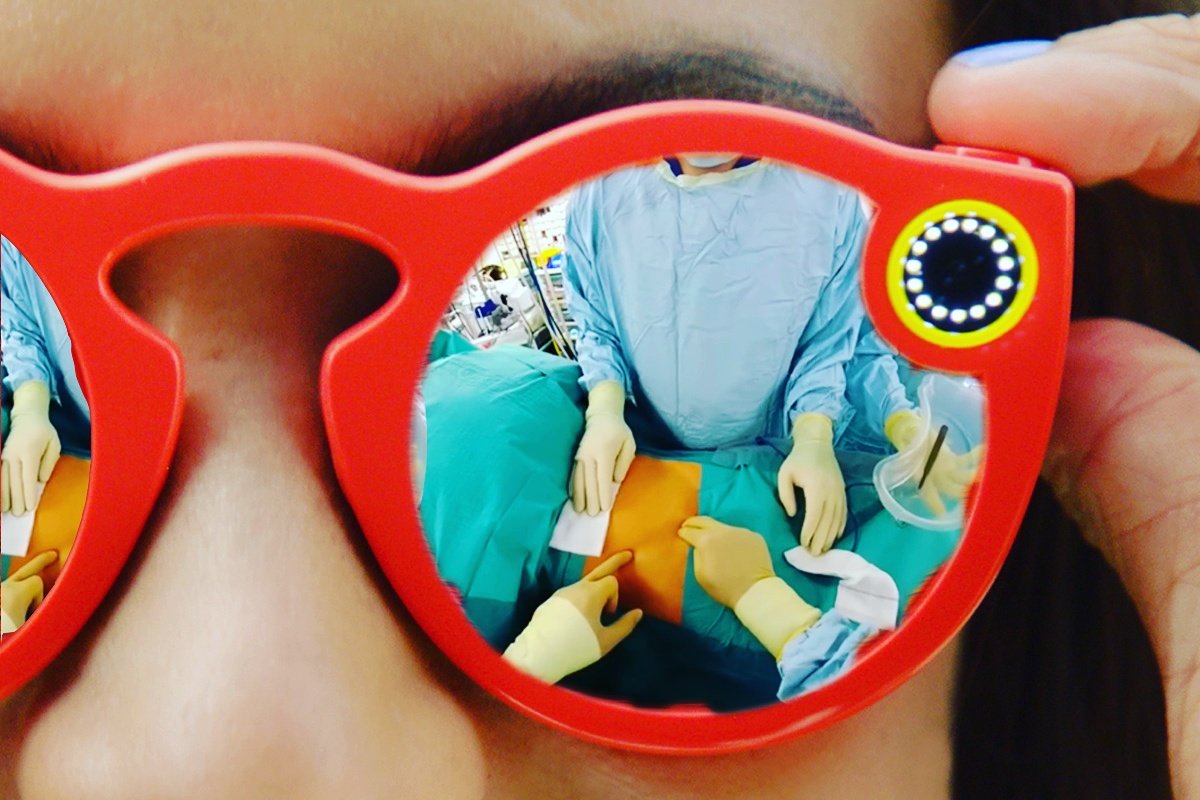 The Spectacles allowed Ahmed to piece together 10-second clips for a cohesive live stream to upload to Snapchat. The mod-style glasses have a camera within the frames. The video clips were recorded over the course of an hour and later edited and shared on YouTube. The four-minute video lets medical students or surgeon wannabes watch and listen to the procedure online as a tutorial.

The hernia repair surgery video by Dr. Ahmed on Dec. 9 at the London Independent Hospital shows the surgery from incision to complete closure in four minutes. According to Dr. Ahmed, he always looks to improve his teaching and decided to use Spectacles in the clinical workspace for education purposes.

Med students might know that it is quite important to observe surgeries live, especially from a good angle. Rather than have them behind the glass of an observation room, Ahmed lets them see intimate details. Spectacles allows students to see the procedure from the surgeon's eye, which is the best angle to observe any surgery.

But as the co-founder of virtual and augmented reality firm Medical Realities, this is not the first time that Dr. Ahmed integrated latest technologies into his work. In April 2016, he also used a 360-degree VR camera to record his operation while he removed a tumor from London man’s colon. Thus, he created the first virtual reality medical film. The camera rig fixed over the operating table recorded the doctors' movements in 4K resolution and live streamed in VR.

According to London-based Ahmed, it's just about how to integrate all the tools we have, from social media to smartphones, apps, and all other gadgets to reach more people than ever before. When he first heard about Spectacles, he was immediately interested.

“It’s not about one-to-one or one-to-two for me. It’s about one-to-many. That’s my drive. The Snapchat platform is really interesting because it mimics who we are. It thinks on a 24-hour, short-term basis, and we, as individuals, work on a short-term basis. We see things, we forget about them. Some goes into our long-term memory, but most of it, 95% of it, is all short-term.”

Dr. Ahmed known as pestering Google for months till he got a pair of Google Glass, and used them to live-stream the removal of a liver cancer. He got dozens of questions from 13,000 students from 113 countries who tuned in, and he replied them online as well.

To watch his new experiences, follow him on Twitter online and stay tuned for the next one.