In a study that surprised a handful of people, scientists discover that daily consumption of fried chicken or fried fish increases risk of death by up to 13%.

In a study [PDF] that confirms what should be obvious to anyone not in complete denial, researchers have finally put a number on the dangers posed by overconsumption of fried foods: a 13% increase in the chance of death.

Daily Fried Chicken or Fish Meals Might Be Killing You

While this shouldn’t surprise anyone, according to the lead author of the study, Wei Bao, an assistant professor of epidemiology at the University of Iowa, this study appears to be the very first time anyone actually dug into the data and calculated a figure to go along with the known link between fried food consumption and an early death. 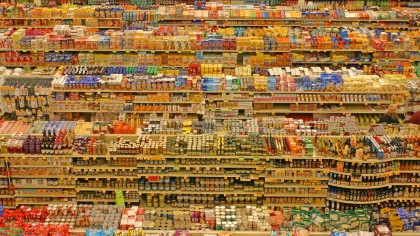 The study enrolled almost 107,000 women over its duration, aged 50-79, from 40 clinics around the United States. They looked at the food habits of the participants from 1993 to 1998 and followed up with them for about 18 years on average.

The study controlled for other mortality factors, including education, income, and dietary content—among other things—, so its findings are statistically significant.

The study found that overall fried food consumption on a daily basis led to an 8% increase in the risk of death from all causes. This in and of itself may not mean all that much, the study’s authors said, but when they looked at specific kinds of fried food, more relevant trends could be observed.

While fried chicken, a staple of the American Southern diet which is high in fried food, showed the greatest risk increase, the study also found that while fish itself is useful in lowering cardiovascular disease risk, its benefits seem to be destroyed by the frying process.

"If you fry fish, it may turn a good thing into a harmful thing,” Bao said.

There is much in the study that Bao and his team could not test for, so this study cannot be generalized to all fried food everywhere. There was no way for the study to factor in what kind of oil the food was fried in, which may significantly affect the results.

The implications for public health policy are important and this study adds to the urgency in developing ways for poorer and more health-vulnerable Americans to have a more nutritious diet that does not rely so heavily on fried foods, the kinds served by fast food chains which for many Americans is the most cost-effective way for them to eat.