Svaneti Towers: the Crown of the Highest Village in the Europe

Built on the great Caucasian Mountains of Georgia, Svaneti towers are raised as the crown of the mountains, in the highest village in the Europe.

Chazhashi is a small hamlet of Ushguli which is a community that covers four villages of Svaneti region. Located on 2,100 meters high right near the foot of Shkhara, one of the highest summits in the great Caucasian Mountains, the Ushguli is surrounded by a fascinating nature. The area is widely known for its fabulous 200+ Svaneti Towers. Even if there are only about 30 people lives in the Chazhashi village now, the Svaneti province had a geopolitical importance since around 1100 AC. 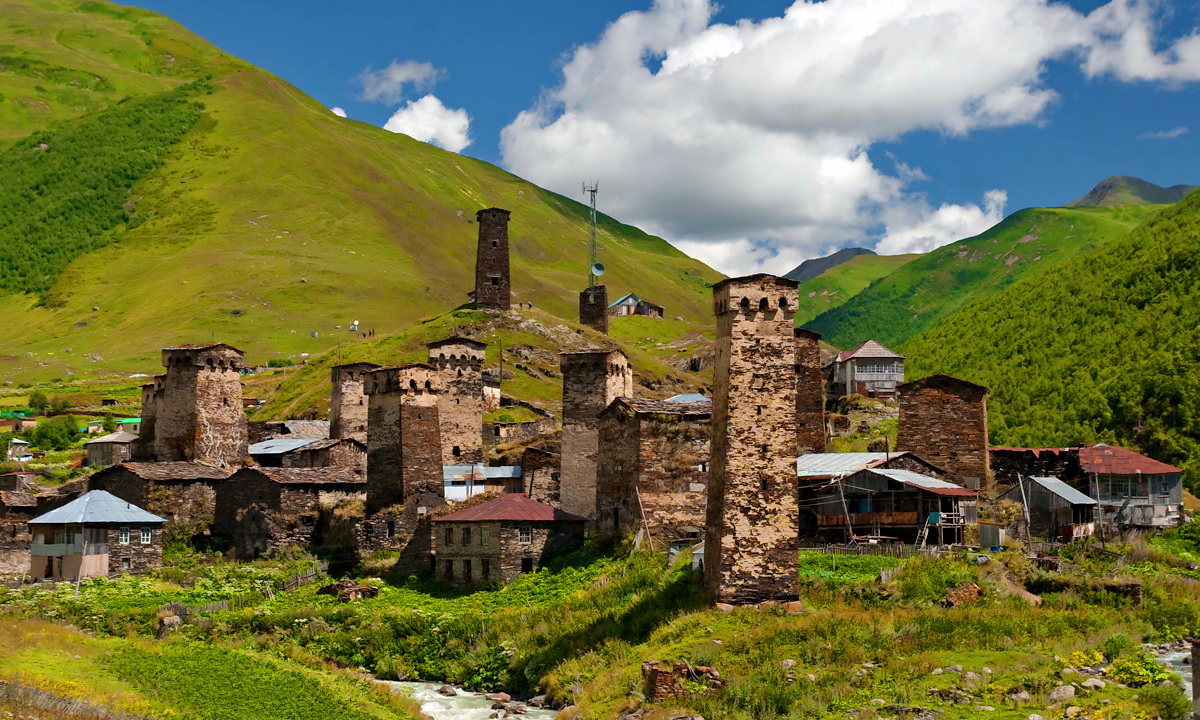 The Upper Svaneti and Chazhashi village have been recognized as the UNESCO World Heritage Site and defined as one of the highest continuously inhabited settlements in Europe. Compared to slightly more developed towns like Mestia, Ushguli is a distinguished haven given its inaccessible location that helped to preserve the soul of the area. 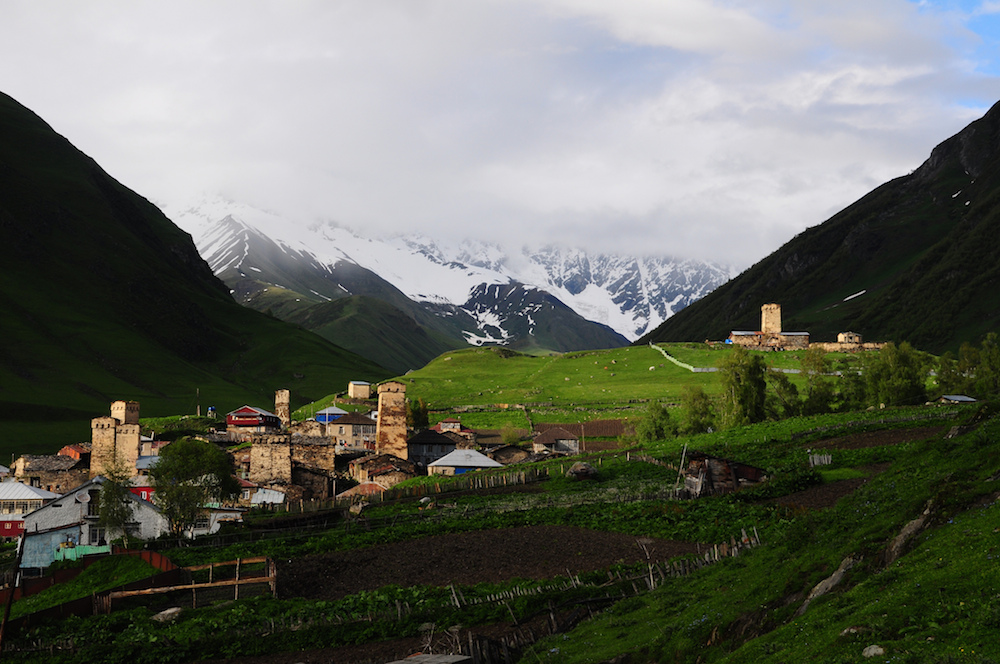 Highest Village in the Europe

Taking place on the southern slopes of the Caucasus Mountains and surrounded by 3,000–5,000-meter peaks, Svaneti is the highest inhabited area in the Caucasus. 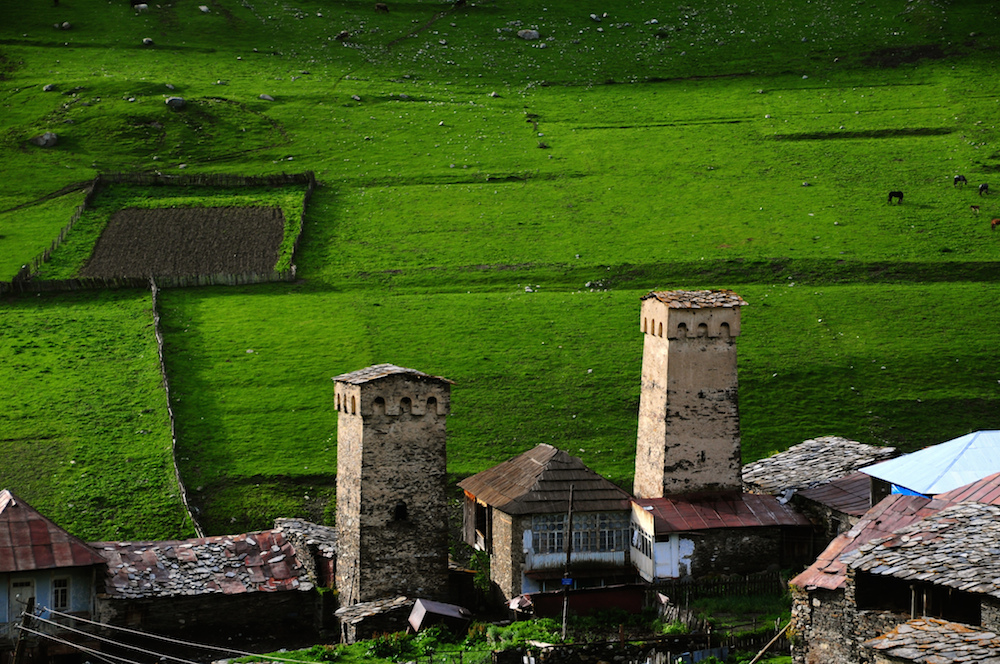 Monumental Svaneti towers are typically three to five-floor structures attached to the family houses. To protect the Svaneti region from Mongolian troops, towers has erected between 9th to 11th centuries and held their mission in a great way as well. According to historical records, Mongolians never reached to Svaneti.

Besides their martial purpose, Svaneti Towers used as dwellings as well. The thickness of the walls decreases a tapering slender profile. The houses that are stuck to towers are regularly two-storeyed. While the ground floor is a single hall accommodate typically for cattle, the following part is separated by a wooden bar, which is often lavishly decorated. The annex corridor helped the thermal insulation of the structure. 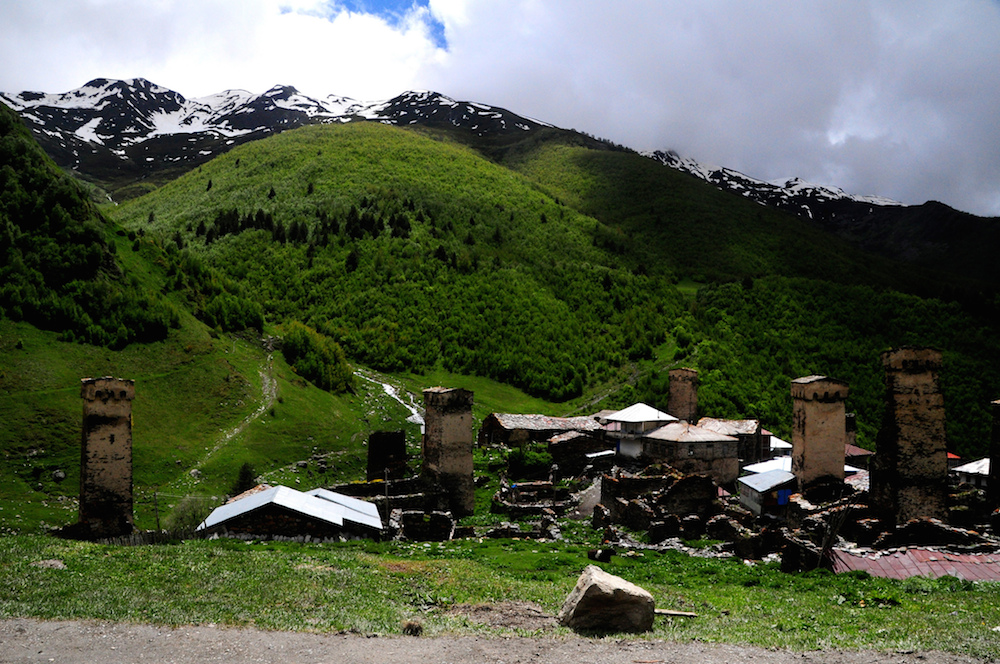 The second floor is used by the residents during summer, and also has been a store for tools and fodder as well. A door at this floor gave access to the tower, which was also connected with a corridor that preserved the entrance. 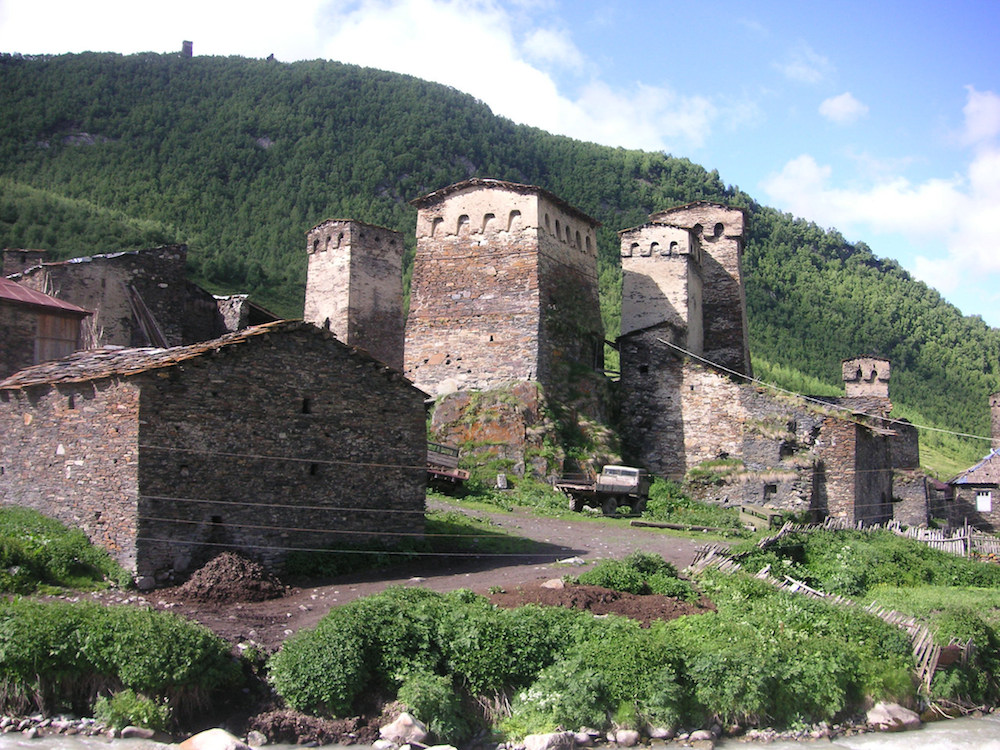 Besides the Svaneti towers, the area also includes four medieval castles. The one called Tamar's Castle, reference to the queen-regnant Tamar of Georgia. According to the residents and historical records, the castle used by Tamar Mepe as her summer residence. There are also two stone churches, named as the Savior, and St. George, from between 10th and 12th centuries. 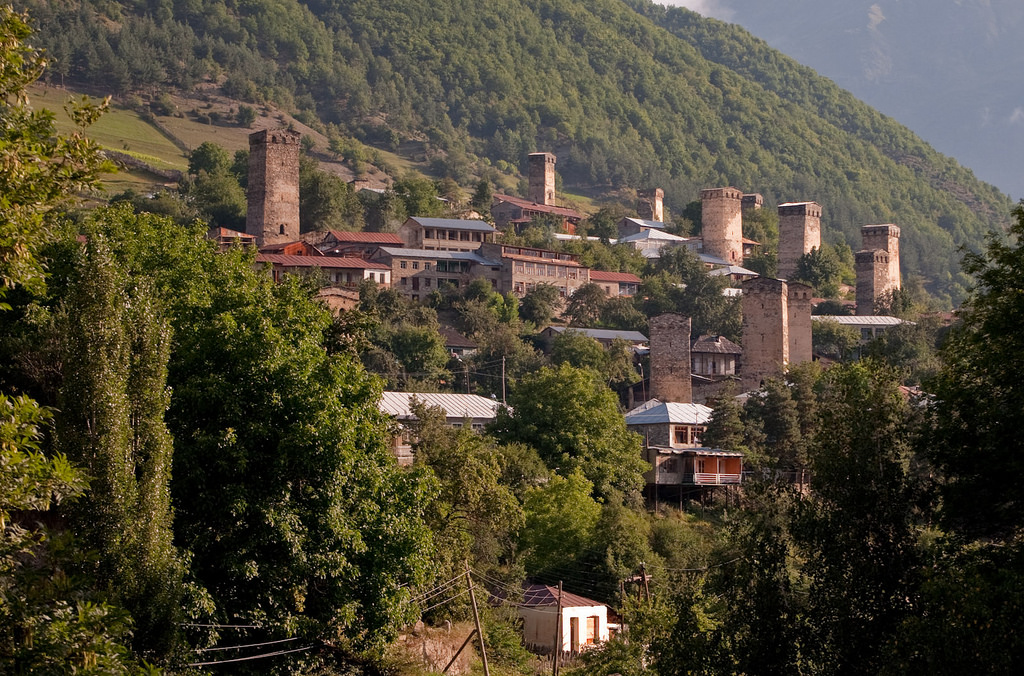 The area is surrounded by various species of fir, beech, spruce, hornbeam and oak trees. Approximately extends between 1,800 to 3,000 meters above sea level. And consists of legendary grasslands, eternal glaciers, snow and alpine meadows. 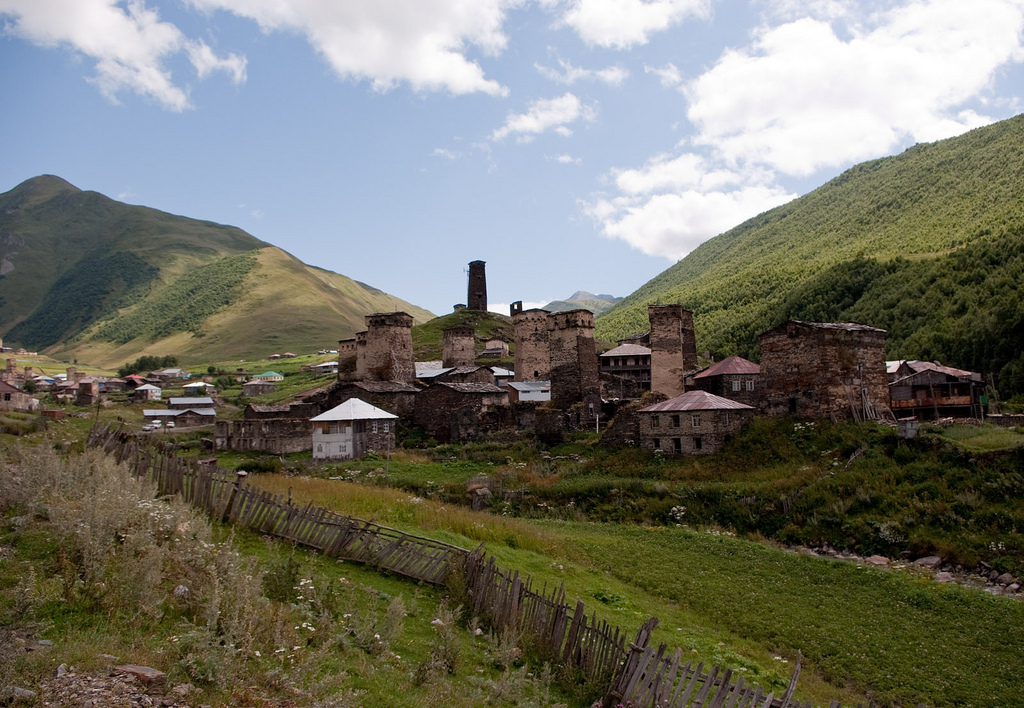 If you travel around Georgia and would like to see the fascinating area, book your flight to one of the airports in Svaneti, Kutaisi, Tbilisi or Batumi. And start to enjoy the charming beauty of Georgia.

SEE ALSO: Uncovering the Architectural Mysteries of ‘the Miracle of Divriği’