Designer Simin Qiu has designed a tap concept that allows for the saving of water while at the same time making the water coming out of the tap prettier to look at as it makes nice patterns. The student from the London Royal College of Art designed the faucet to limit its water flow amount by 15% over a period of 1 minute. The tap comes with a nozzle allowing the user to choose from three different patterns of swirling water. 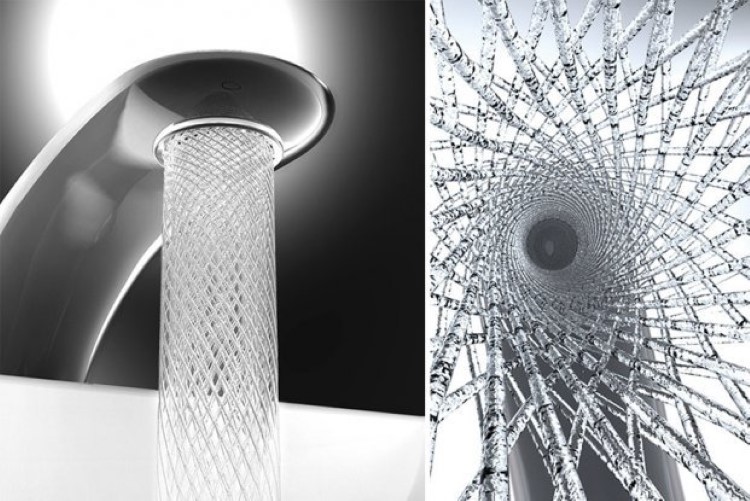 The Swirl tap took the iF Design concept award last year and to stop unnecessary heating of the water it has a pre-set temperature. While it is in the concept stage at the moment it would add a touch of luxury to anyone’s bathroom as the design is one of the most elegant we have seen. 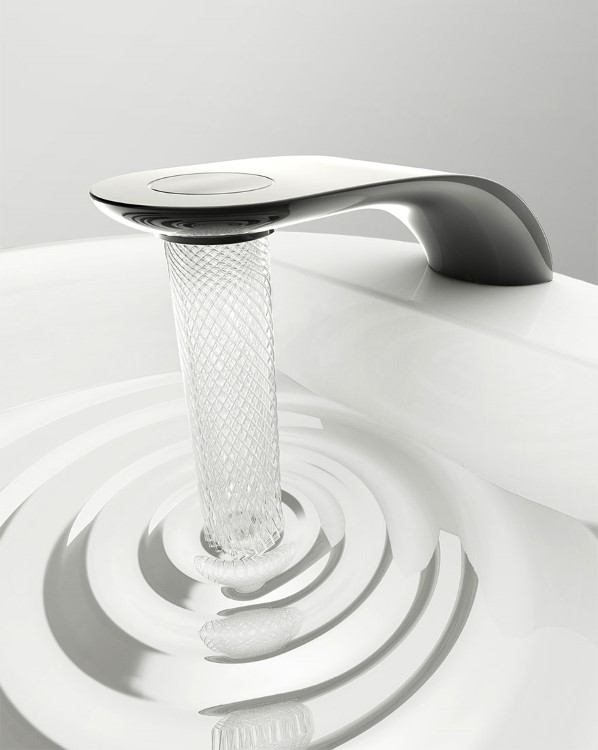 Simin took inspiration from nature and the fact that a lot of things in nature feature swirls, this includes water going down a drain, swirling of sand along dunes, leaves unfurling and of course the ocean and streams where water swirls along. Water is for the most part gentle and swirls around and it is these two elements that gave the designer the idea to come up with the Swirl faucet. 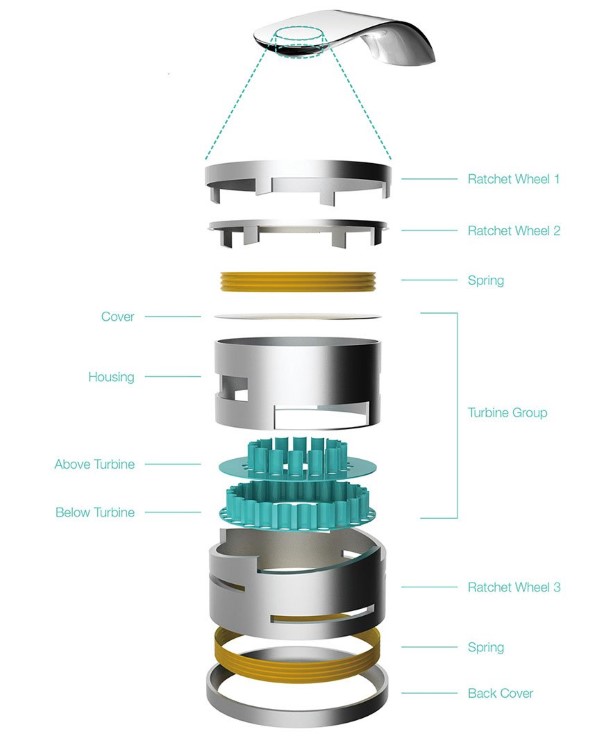 [Image Source: Behance]Simin thought that water coming out of the faucet should be enjoyable to look at and of course energy saving is something that everyone likes, so this feature was implemented in the concept too. The touch faucet can save 15% water during the same pressure within a period of 60 seconds and from a single touch of the faucet the water comes out 0.4 seconds faster than the typical faucet in homes today. The swirling water patterns not only look great but also feel better and are gentler on the hands with better impact when it hits. 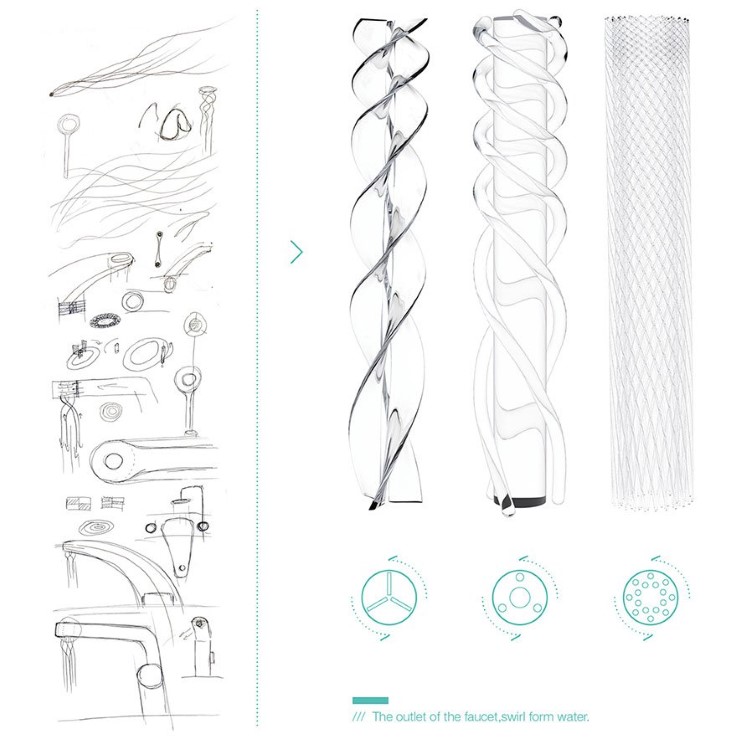