The City of Sydney is using a new kind of asphalt made from printer toner on its roads and streets.

The City of Sydney initially tested the product in 2010 and has since recycled more than 20,000 tons of cartridges. By using TonerPave the city estimates it has reduced emissions by 40 percent compared to if they were using conventional asphalt.

Close the Loop dedicated to a zero landfill world

Downer is in partnership with Close the Loop. Close the Loop ‘is dedicated to making the Circular Economy a reality by providing best-in-class sustainability solutions to companies that want to enhance their Corporate Social Responsibility through effective and efficient recovery and re-use of valuable resources from their products.’

The organization has a dedicated commitment to zero waste to landfill. Close the Loop developed the key ingredient in TonerPave called MTP (Modified Toner Polymer).

Printing giant Toshiba is a partner of the initiative to recycle toner. This week they announced that it hit a record in 2017 for recycled toner products, recycling more than 280 metric tons of used toner.

Toshiba says that creating asphalt isn’t the only option for reusing printer waste. There are companies that use used printer cartridges to create park benches and toner supplies can be upcycled into pens and rulers.

Toshiba is committed to increasing its recycling advocacy and programs. It collects old printers at many locations and invites consumers to recycle any printer parts there, not just Toshiba branded products.

E-waste is a chronic global problem

E-waste is a chronic global pollution problem. A report from the United Nation University says that only 20 percent of e-waste generated is put into official recycling programs. Unofficially this number may be higher as industries have sprung up around major dump sites with people collecting and stripping e-waste for valuable materials.

Unfortunately, this is a highly dangerous job, often carried out by children. The gathering and recycling of the valuable elements contained in e-waste such as copper and gold has become a source of income in many emerging industrialized countries.

However, as this recycling is often occurring at an informal scale the recycling techniques involve primitive methods of element extraction. This can include the of burning cables for retaining the inherent copper. 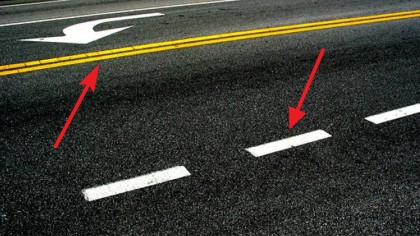 This is a highly dangerous practice for both adult and children workers who may inhale toxic fumes. The World Health Organization (WHO) is working to identify the risks involved in e-wats e recycling.

They are working with partner organizations to identify successful interventions to help make safer working conditions. The work is supported by the United States Environmental Protection Agency (US EPA), the United States’ National Institute of Environmental Health Sciences (NIEHS) and the German Federal Ministry for the Environment, Nature Conservation and Nuclear Safety.

A Scotch Distiller Is Fueling Its Trucks With Whisky Waste

After a Month of Downtime, Hubble Space Telescope Is Back With a Bang