The Ufo House was built in late 70’s and creator and developer of this idea was an owner of a rubber company. He wanted to transform his factory into a modern holiday resort. But he failed because very soon his business went down and his company was closed due to the energy crisis. The construction of the Ufo house was stopped soon after it started. Later it was bought by unknown company in 1989 for about 800 million Taiwan dollars. The company wanted to transform it into five-star hotel that features its own yacht dock. But the investors refused to give money for the construction for unknown reasons and the construction failed again. 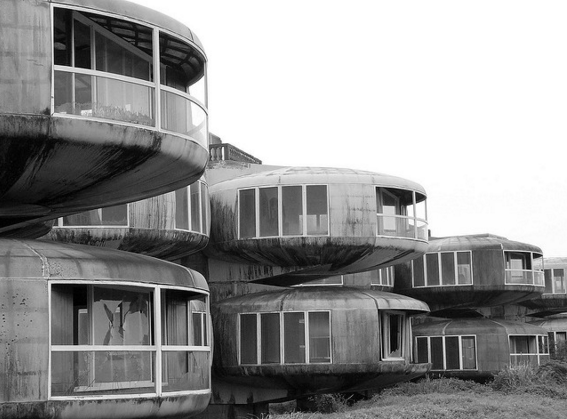 The shape of the Sanjhih Ufo House reminds of a butterfly, with its body holding the whole construction and the two wings, each of which consists of upper and lower parts. These parts have cylindrical shape and are put one above another, but their bottoms are a little bit extended downwards. The butterfly effect is reinforced by the arrangement of upper cylinders: while lower cylinders are built straight, in parallel with the earth, the upper ones are lifted at an angle, creating wide-branching letter V, which makes them appear to hang in the air. 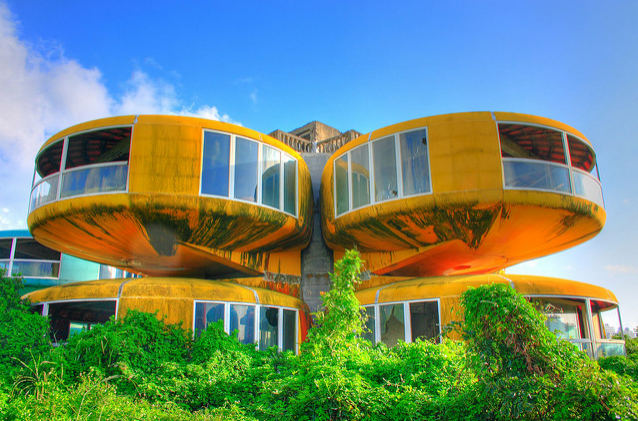 Large windows from the floor to the roof all over the round walls create feeling of a huge interior space.