Started by entrepreneur and founder of Augur Jeremy Gardner, this haven for tech whizzes is the center of all things Bitcoin.

Thanks to the ever-improving Bitcoin, many tech-savvy millennials are playing the crypto market to their advantage. They all live in the Crypto Castle, a three-story home in San Francisco, not far from the Mecca of tech, Silicon Valley.

Bitcoin has been surging the last few months, going over $8000 last week and continuing its climb, many financial behemoths predict the cryptocurrency-that-could will end 2017 with a $10,000 value. Others believe the digital coin is a bubble on its way to a giant pop.

"Over a half-dozen people in the time they've lived in my house have become millionaires as a result of crypto," said Jeremy Gardner, a 25-year-old entrepreneur, and investor to Business Insider.

Gardner, a former director of operations at Augur, a market forecasting tool that runs on the blockchain, rented the house or Crypto Castle by putting down a $20,000 deposit himself. Since then it’s become a haven for serious miners.

“Not everyone who lives here works in bitcoin tech, though any resident could pitch you on its merits. Some entrepreneurs moved in simply because they needed a place to crash,” writes Business Insider’s Melia Robinson.

Most of the residents are in their early twenties and sleep in bunks when they’re not scouring the bitcoin realm.

"I don't think you can be in this house for two hours without being evangelized," Gardner said.

The young entrepreneur’s value has shot up since he bought his first bitcoin for $200 in 2013. He takes it so seriously in fact that anyone who would love to live in the castle full time must read the current issue of “Distributed”, a cryptocurrency trade publication.

Tenants split the monthly rent for a home that Gardner assumes is worth $3 million, he relies on cryptocurrency investments to fund his lifestyle and rent at the Bitcoin residence.

"By dedicating my life to crypto assets and blockchain technology, I've made more money than I would have ever expected to make in my entire life — by a long shot," Gardner said.

A gold fund is now investing in bitcoin to reinvest profits from the digital current in gold assets, reports CNBC. 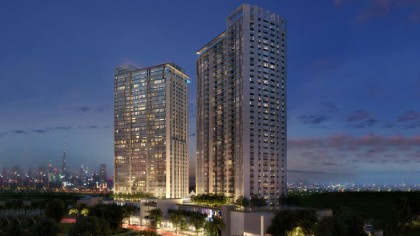 "Bitcoin's frictionless and immediate blockchain payment system resolves the criticism of gold as lacking divisibility and having problems with ease of transmission," Naylor-Leyland said in an emailed statement to CNBC.

"I believe this recognition of a differentiated form of payment will bring the ownership of disciplined money into the modern world, paving the way for the return of gold as a global currency,” he said.

Bitcoin has increased by 700 percent this year, but despite such golden success, detractors like China are still holding fast on their tough stance against the currency. China’s government even planned to shut down domestic bitcoin exchanges in September.