Take caution, war robots might not be as sophisticated as they look

We are constantly flooded with headlines such as the US Air Force comparing their fighter jets to those used in the Star Wars movies. Make no mistake, war robots and machines are indeed highly impressive. But sometimes, we might not necessarily want to get carried away by all the hype out there. 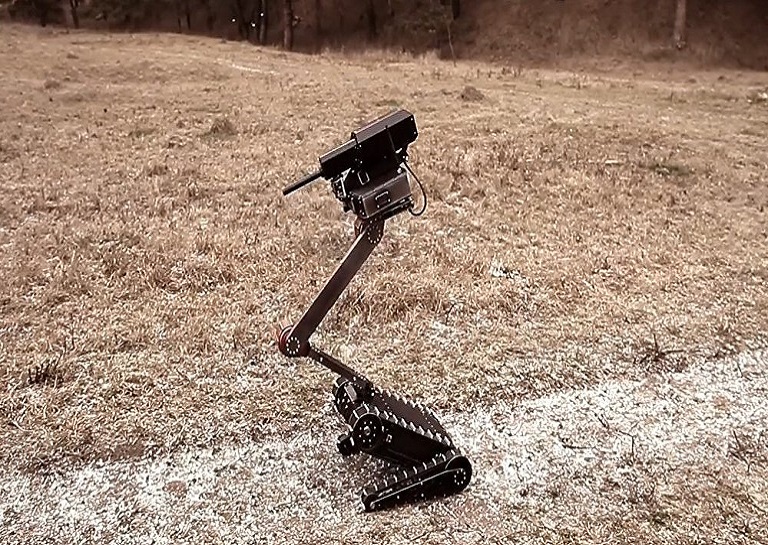 Let us have a look at the RS1A3 Mini Rex by LOBAEV Robotics for example. This robot is actually a sniper as LOBAEV Robotics are actually a sniper rifle manufacturer. They claim that this robot can fit into a backpack, move on its own, locate, and shoot a target. While this is not entirely impossible, it might be helpful to look at this claim with much mire scrutiny. The RS1A3 Mini Rex can be seen climbing a staircase in the clip below. By the way, the clip has been fast-forwarded and the robot is no way as fast as it is shown.

Interestingly, in another video as posted at the end of this article, the robot can be seen to fold itself, crawl on the ground and even shoot a couple of targets. This is indeed very impressive, although it will be interesting to see how this ability can be implemented on the battlefield. In an environment that is dictated by complex human and environmental dynamics, will the robot still be able to function efficiently? Or will it just get in the way of soldiers that are actually trying to get the job done?

It is worth stating that these war robots indeed have huge potential. With increasing research and development in Artificial Intelligence and Robotics, these war robots might just become what they are envisioned to be. But as of now, it doesn't seem to indicate that we are there just yet and as such, claims of such highly intelligent war machines might not be completely true.

Of course, whether or not these kinds of wars should occur in the first place is a question for another day.