A French woman suffered for months before discovering the loss of feeling in her legs could be traced back to a common type of tapeworm.

It sounds like the start to a horror movie blockbuster. An ordinary woman starts feeling odd electrical zaps within her legs. As months pass, her muscles weaken and fatigue. She consults with several doctors before discovering the cause of her pain: parasitic monsters.

In this real-life case, those monsters were common tapeworms, and the larvae of the parasitic creature had lodged themselves in a 35-year-old woman's spine. The "nope"-worthy report was published in a recent edition of The New England Journal of Medicine.

The French host of the tapeworms could barely stand for longer than a few minutes before falling inexplicably by the time she got to emergency medical services. Before testing could start, medical teams gathered as much information about the woman as they could. She first noticed issues when she struggled to ride her horse for the prior three months. She had lived in France her whole life, and she'd never traveled abroad before. She owned a pet cat and she had recently been in contact with cattle, the journal noted.

The doctors then conducted a full-body examination, and found that she'd started to lose feeling in her feet. Blood tests noted an infection in her body, and she showed an elevated white cell count.

However, the MRI results were the most helpful in identifying the cause of her pain. There was a lumpy lesion spotted in the middle of her backbone. Doctors immediately removed the lesion nestled at the 9th thoracic vertebra and repaired the hole with an implant.

Once they removed the lump, doctors could then analyze exactly what the mysterious intruder was into this poor woman's spinal column. They discovered it contained cysts of the dog tapeworm Echinococcus granulosus. The common tapeworm gets its name from attaching to common four-legged creatures like dogs and cats. However, given how much humans find themselves around their four-legged friends, this often leaves humans susceptible to being secondary or even tertiary hosts. 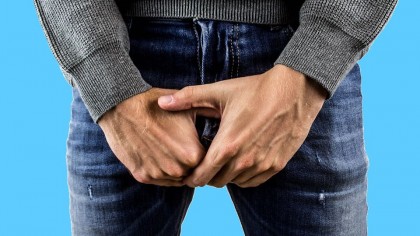 Adult tapeworms breed eggs which then get released through the poop of a dog or other primary host. Those eggs then get eaten by animals that graze like sheep, goats, and cows. The eggs then work their way into the small intestine of the animal before traveling through the bloodstream and latching onto other organs. The tapeworm life cycle continues when another dog eats the infected body of a grazing secondary host.

For a number of reasons (most dealing with how we prepare our foods), humans rarely catch tapeworms at all -- especially the dog tapeworm. When they do pop up in human cases, they can more frequently be found in respiratory organs or even the liver. Doctors aren't sure how long this woman had been infected or what type of animal is to blame for her infection. Tapeworms can often reside in a body for years before making noticeable damage to a body.

Students Build Formula Car From Scratch in 7 Months for $13,000