Team Discovers that Carbon Dioxide Can Be Used to Create Ethanol

Researchers in Oak Ridge National Labs in Tennessee accidentally discovered an inexpensive way to convert carbon dioxide into something useful.

They created a room-temperature catalyst for turning CO2 into ethanol.

“We discovered somewhat by accident that this material worked,” said lead author Adam Rondinone. “We were trying to study the first step of a proposed reaction when we realized that the catalyst was doing the entire reaction on its own.” 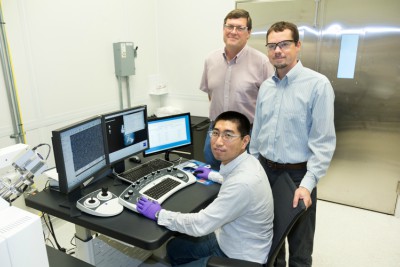 The serendipitous catalyst is made of carbon, copper and nitrogen. This all sits on top of a silicon semiconductor. After building the system, the researchers dropped it in a water bath, and started bubbling CO2 throu gh the bath. They then turned on power for electrolysis. They got a 63 percent yield of ethanol when it was all over.

The catalyst also used a graphene nanostructure. Graphene, thin sheets of fullerenes of bonded carbon atoms, played a key role in the unexpected success. As Extreme Tech noted, the catalyzing surface was a highly crumpled graphene sheet, with "carbon nano-hooks sticking out every which way." These spikes allowed for plenty of room for the catalytic surface to do its work. 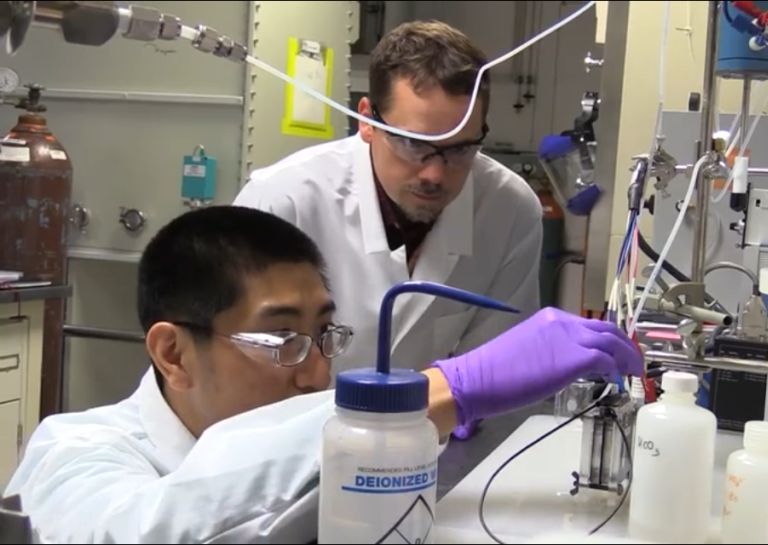 Graphene's nano-textured nature makes it a better option than expensive or rare metals like platinum.

“By using common materials, but arranging them with nanotechnology, we figured out how to limit the side reactions and end up with the one thing that we want."

The research team is quit to note that this energy isn't infinite, nor is it clean. The reaction still requires electricity for electrolysis, and it needs some way of managing the hydrogen released during the reaction. However, this could be one step closer to reducing the atmospheric CO2 and decreasing the farmland dedicated to ethanol production. 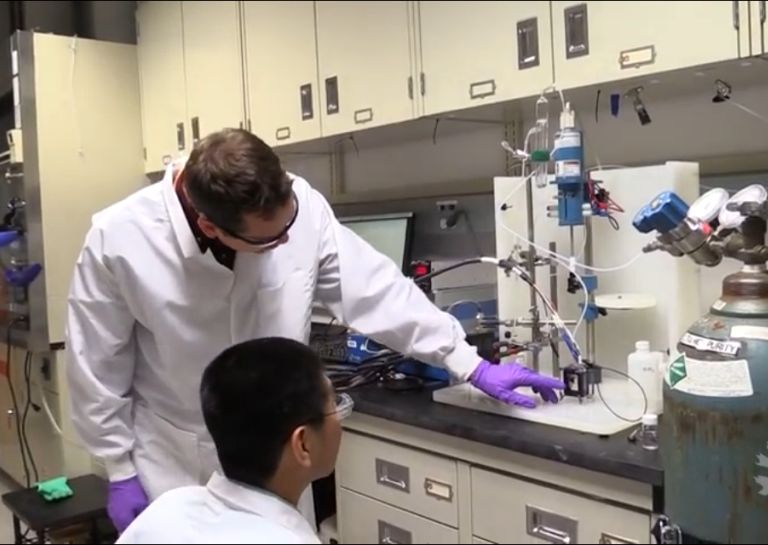 The ORNL team hasn't stopped with their findings. they plan on improving the overall production rate and further studying the catalyst's behavior.

You can watch Rondinone discuss the full discovery in the video below.