There is nothing quite like taking to the open roads on a powerful motorbike. On the downside people who ride motorbikes don’t have the protection of the shell of a car or the airbags that protect in the event of an accident. Well that was before Tech-Air came up with the Street Airbags for motorcyclists, offering airbag protection for motorbike riders. 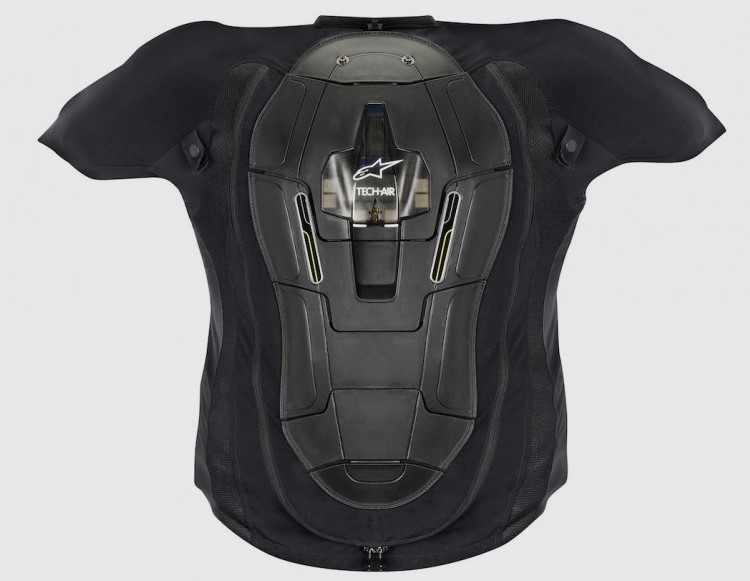 The Tech-Air Street Airbags provide an extra dimension of protection to those who choose to take to the roads on two wheels rather than four. It is an airbag system that is built into the jacket of the rider to provide cushioning for the chest, shoulders, back and kidneys in the event of an accident. The airbags give the rider a better chance of walking away from the impact unscathed.

The system is disguised under the jacket of the rider, which means there is nothing to see and the jacket looks just like any other motorcycle jacket. The protection is integrated into a removable mesh vest that you can wear under the outer jacket and it is ready to be deployed and helps to save the body from impact in much the same way as the crash helmet provides protection for the head of the wearer. The jacket is packed with sensors that are able to detect if danger is imminent to the rider with the detection coming into play with 30 to 60 milliseconds after a collision occurring. The airbags are then triggered automatically to protect the rider against impact. 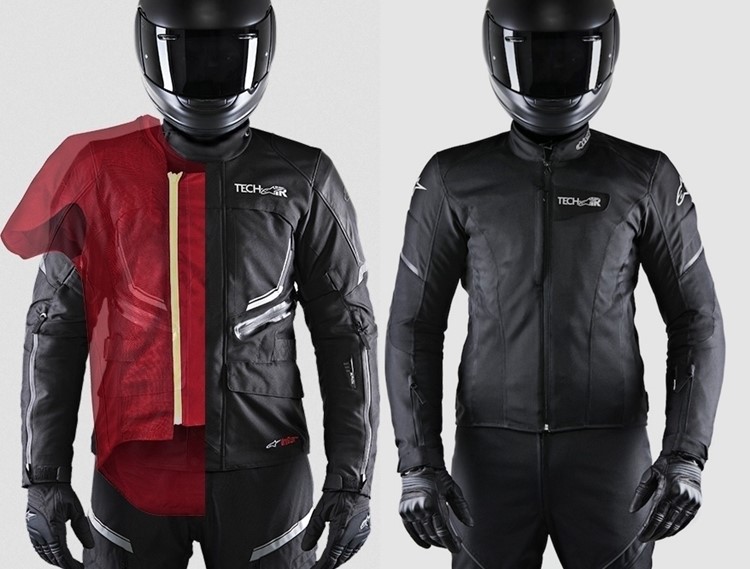 The airbags are powered by a battery than needs to be recharged after 25 hours use and an LED indicator will tell you when it needs a power top up. The rider doesn’t have to do anything to enable the airbag system as the jacket detects when the zipper has been fastened and the airbags turn on ready.

The Tech-Air Street Airbag is going to make its debut this spring in two motorcycle jacket styles, the Viper and the Valparaiso from Tech-Air.