The draft legislation seeks to protect citizens from criminals using digital technologies to hide their illicit activities and evade prosecution.

We can’t afford to give terrorists and paedophiles a place to hide. Our new Assistance and Access Bill will modernise law enforcement and national security investigations in a digital age without requiring companies to weaken their systems. https://t.co/BXFK1HDOGG

"We know that more than 90 percent of data lawfully intercepted by the Australian Federal Police now uses some form of encryption," said Taylor in a statement. "This has directly impacted around 200 serious criminal and terrorism-related investigations in the last 12 months alone."

The draft law is an attempt to update Australian communication legislation to require both local and international providers to share the information needed to stop criminals from covering their tracks with technology. "We must ensure our laws reflect the rapid take-up of secure online communications by those who seek to do us harm," said Taylor.

Under current legislation, only domestic telecommunications providers are obligated to assist in law enforcement investigations. The update would see that obligation extended to include even foreign providers operating in Australia.

"We have had very productive meetings with industry partners based both in Australia and offshore to discuss these reforms. This Bill reflects those conversations," said Taylor.

Taylor explained that criminals, such as pedophiles, terrorists and organized syndicates, were using technology such as encryption to evade detection and prosecution. "Our first priority is keeping Australians safe and these measures will go a long way to ensure that criminals cannot hide," he added.

The minister also made it clear that the new measures would not jeopardize network-accessible resources. Instead, the law would fortify current cyber security practices. 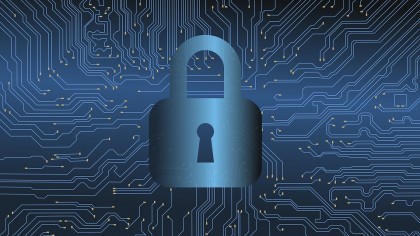 "These reforms will allow law enforcement and interception agencies to access specific communications without compromising the security of a network. The measures expressly prevent the weakening of encryption or the introduction of so-called backdoors," explained Taylor.

The minister expressed his commitment to maintaining the "integrity" of Australians' private data and said the public was welcome to review the draft legislation. Concerned citizens are encouraged to email their feedback to the Home Affairs office by September 10, 2018.

"We are committed to ensuring this legislation is a reasonable and proportionate response to the problems associated with the increasing use of encrypted communications and invite industry members, interest groups and the public to comment on an exposure draft of the proposed legislation," reads a statement released by the Department of Home Affairs.

Via: The Hon Angus Taylor MP