Penn State researchers recently announced a new hybrid renewable energy system that generates an unprecedented amount of electricity from the difference between fresh and saltwater. 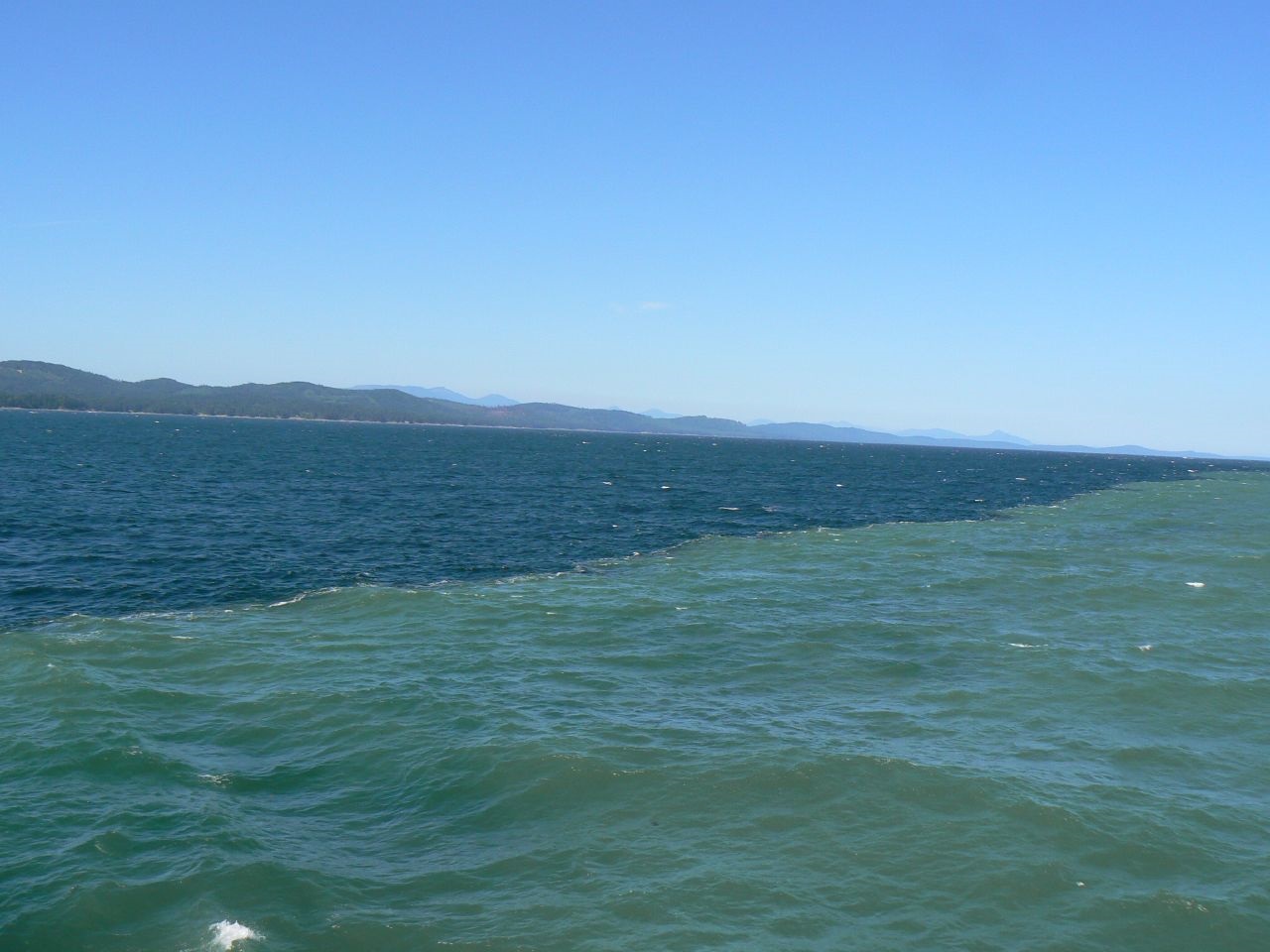 Region where fresh water and salt water meet in the Strait of Georgia. [Image Source: Stephengg via Flickr]

The new system gives rise to a feasible system that harnesses the energy from where freshwater and saltwater meet at coastal regions.

Generating Electricity from Differences in Salinity

Scientists are constantly evolving renewable technologies that continue to power the future. Although the most common types of renewable energy production are generally recognized to be solar, wind, hydro, or tidal, there is also another slightly lesser known method. In water bodies with different salt concentrations, there exists a practically untapped source of power.

When two bodies of water meet with two different levels of salinity (i.e. saltwater and freshwater), the forces of nature attempt to equalize the salt concentration. The salt ions will flow from the area of high concentration to areas of lower concentration as the water continually mixes. Eventually, the gradient equalizes and the concentration remains identical.

Although, the effects are rather mundane when two bodies of water can freely exchange salt ions.

However, introducing a semi-permeable membrane that acts as a barrier between the two bodies of water can increase the effect. Allowing the passage of water flow while restricting larger salt ions from passing through results in the build-up of a unique sort of pressure - formally known as osmotic pressure.

With the barrier in place, water from the freshwater side attempts to equalize the salt concentrations in the other portion. However, since the salt cannot pass through the barrier, it remains in the same body.

Even as the salt remains in place, the freshwater will continue to flow into the saltwater body causing the saltwater portion to rise. 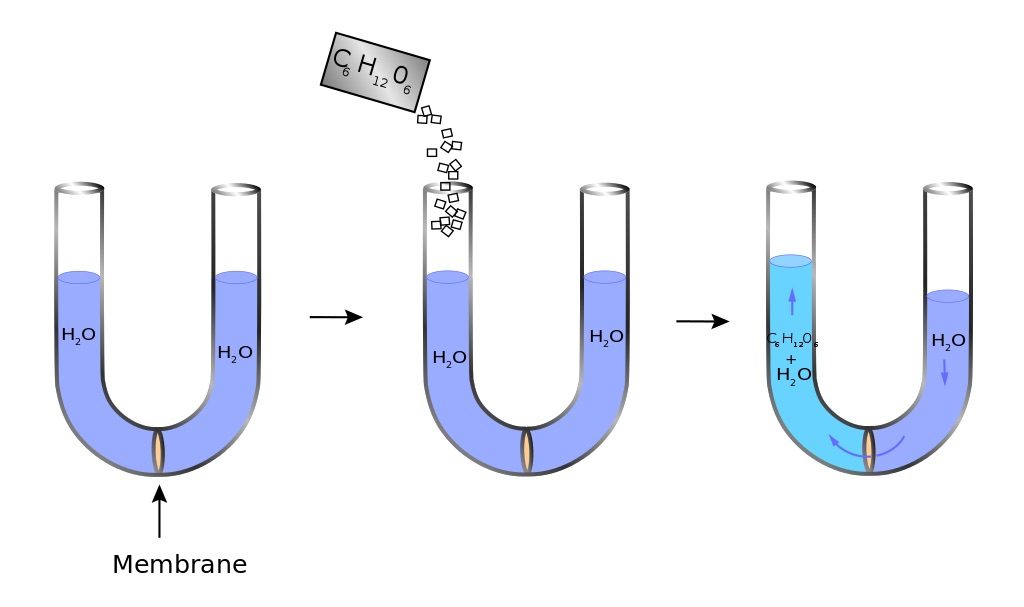 Example of osmosis between two bodies of water with varying concentrations of sugar. Fluid levels rise on one side with the addition of sugar as freshwater attempts to equalize (similar to salt). [Image Source: Wikimedia Commons]

Around the world, there are many coastal regions where freshwater flows into the sea. According to Penn State University,

"That difference in salt concentration has the potential to generate enough energy to meet up to 40 percent of global electricity demands."

Osmotic power is the energy available between two bodies of water with varying salt concentrations. It also happens to be one of the most prominent sources of untapped energy in the world. Anywhere freshwater meets saltwater has the potential to generate nearly half of the world's power demand.

However, researchers are facing the challenge to find an efficient means of harvesting its power.

Currently, there are two prominent methods to harness energy from saltwater including reverse electrodialysis (RED) and pressure retarded osmosis (PRO).

PRO systems specifically rely on the flow of freshwater to saltwater through a membrane. The method involves pumping freshwater and saltwater to a large semipermeable membrane. The forward osmosis membrane system only permits the exchange of water from the fresh side on over to the flow of the saltwater. As a result, the pressure of the saltwater increases. A turbine generator can harness the energy from the pressurized water and convert it into electricity. 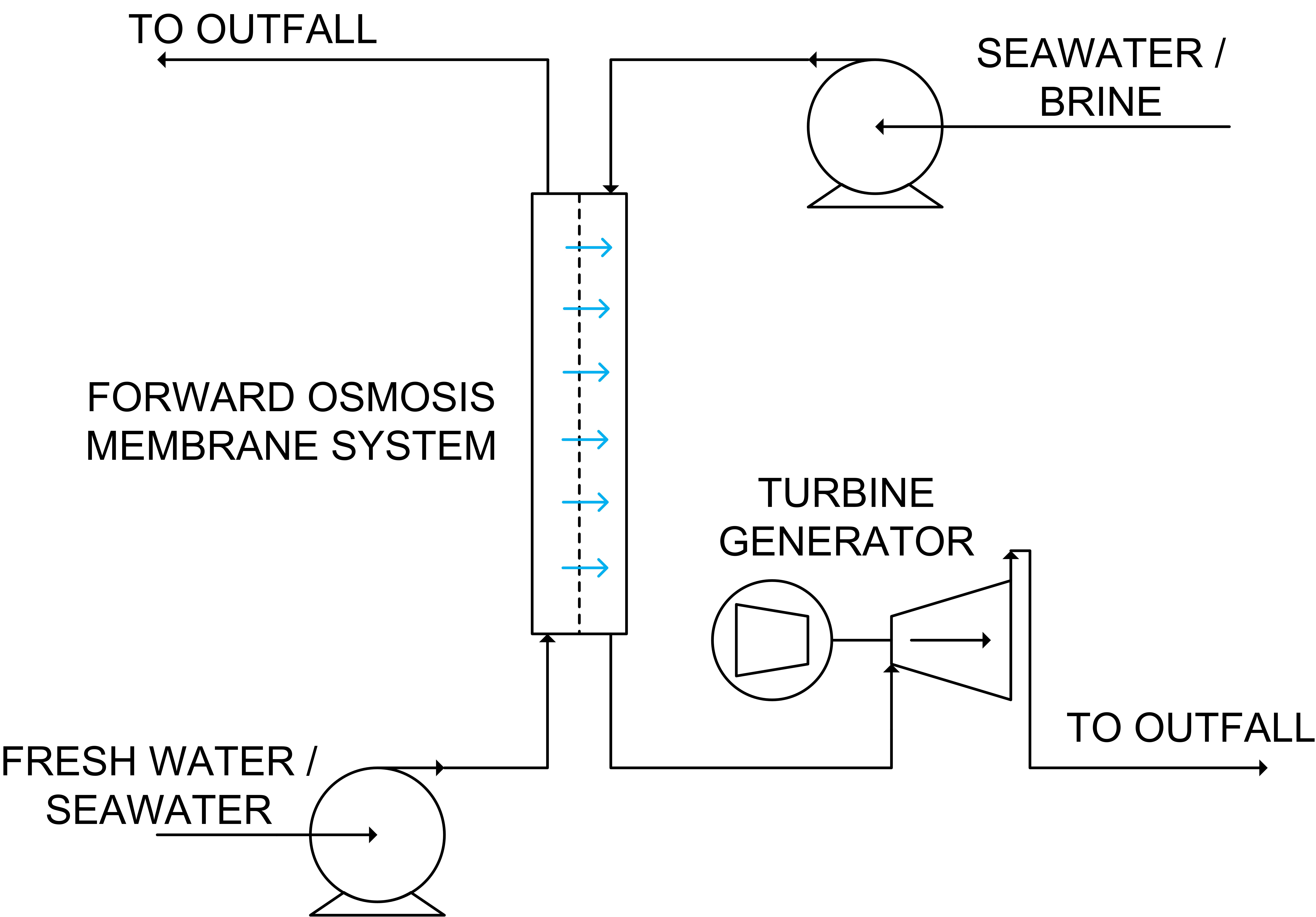 The second common method of extracting power from salt gradients is known as reverse electrodialysis (RED). In essence, RED functions like a salt battery.

Typically, RED systems work by pumping saltwater into a system that has two separate ion exchangers. One allows positive sodium to flow through, and the other only permits the passage of negatively charged chlorine. Since salt is comprised of chlorine and sodium, it is abundant in the oceans. 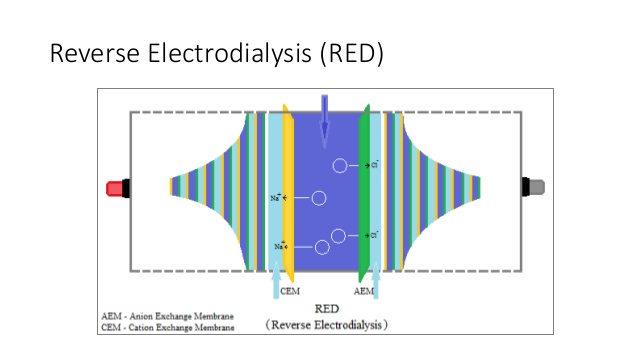 PRO systems rely on a network of incredibly small holes that make up the membrane. However, particulate matter (organic and inorganic) easily lodge the small openings. With all the particulates in the ocean, it makes it difficult to implement a large scale PRO system. Furthermore, PRO systems cannot withstand the forces of super-saline waters.

Devising a commercial plant is both costly and largely inefficient with current technology.

“PRO is so far the best technology in terms of how much energy you can get out,” Gorski explains. “But the main problem with PRO is that the membranes that transport the water through foul, meaning that bacteria grows on them or particles get stuck on their surfaces, and they no longer transport water through them.”

With RED technologies, only the dissolved salt flows through the ion-exchange membrane - not the water. The system is more effective at preventing the membrane from fouling. However, the system lacks the ability to produce substantial amounts of power.

A solution involving a hybrid between two technologies may serve to be an answer for the perplexing problem.

A team of scientists from Penn State University devised the solution by hybridizing RED and CapMix technologies.

Similar to RED, CapMix relies on electrodes which capture the energy from the voltage that develops when two varying concentrations of ions. However, CapMix specifically uses the difference in salinity levels to generate a charge instead of the flow of chlorine and sodium.

For the system to work, saline water flows through a tube where membranes extracted charged particles. Two charges of opposing force accumulate. Then, a low-saline solution is introduced, causing the electrodes to discharge into the water, consequently generating electricity. 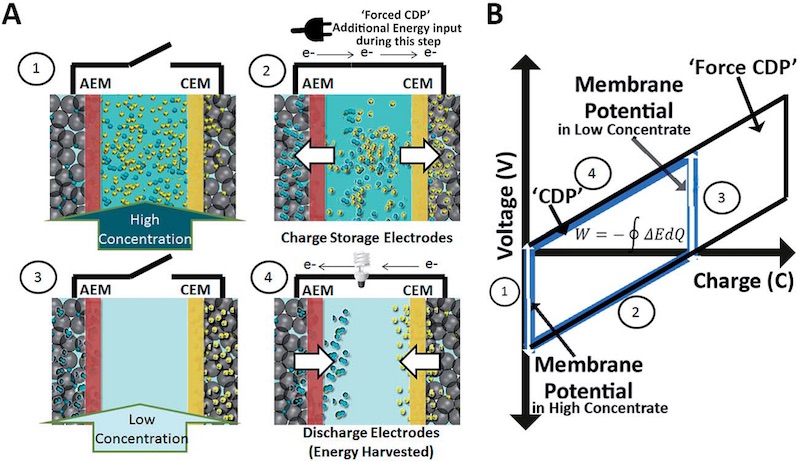 Recently, a team of scientists devised a method to marry the two ideas. The system generates 12.6 watts per square meter, substantially more than other saline generators.

“By combining the two methods, they end up giving you a lot more energy,” says Gorski.

A custom-built flow cell separates the channels of water with an anion-exchange membrane. The system uses copper hexacyanoferrate as an electrode with graphite foil to collect the current. Alternating the flow of saline and fresh water releases the energy and allows it to be harnessed.

With both the salt concentration and charged particle flow contributing to the production of energy, the system has generated substantially more than any other saline generator. It also does not carry the same problems plaguing other systems. 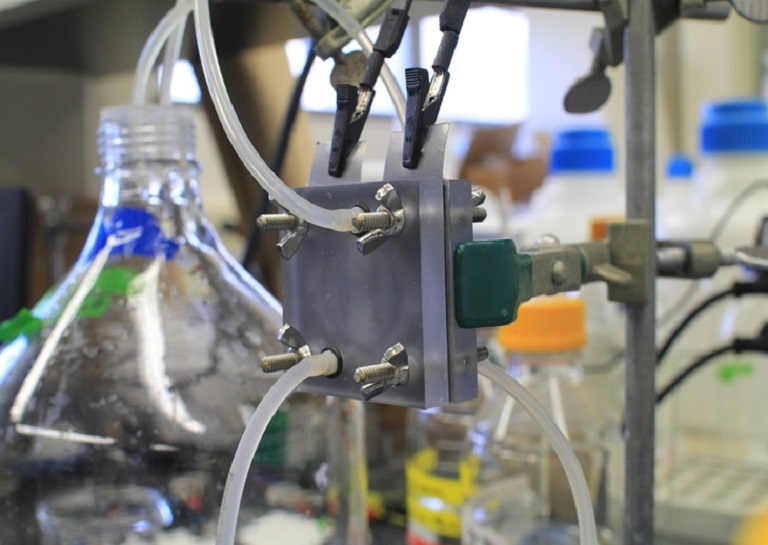 The technology is still in its infant stages, however, it is proving far more efficient than other methods.

The hybrid technology generates substantially more than the other standalone techniques.

Currently, the researchers are investigating the stability of the electrodes over extended periods. The results are promising, however, the technology will still need considerably more refinement before it is ready for a large-scale experimentation.

Nevertheless, the hybrid technology is a substantial step in the right direction towards clean renewable energy. Though it is young, it is tapping into an entirely new energy source - one that could someday soon power as much as 40 percent of humanities energy demand.

SEE ALSO: What It Would Really Take to Run the World off of Renewable Energy