Ted Dabney, The Atari Co-Founder Dies At the Age Of 81

Dabney was diagnosed with esophageal cancer in 2017 which he chose not to treat.

By  Kashyap Vyas
May 27, 2018
Allan Alcorn/ComputerHistory.Org

Ted Dabney, the co-founder of Atari and the creator of first successful arcade game Pong died a few hours ago. The 80-year old gaming pioneer was one of the most influential figures in the gaming industry.

According to Eurogamer, the cause of his death is esophageal cancer, which he was diagnosed with, in late  2017. Upon the diagnosis, Ted was only given few months to live, and he opted not to seek medical treatment.

Born on May 15th, 1937, in San Francisco, California, Ted took courses in electronics after graduating high school. In 1961, he joined Ampex and worked in the military product department.

It is here where he got an opportunity to be involved in early video imagery products. Nolan Bushnell worked alongside him in the company, and the duo came up with an idea to develop small video or computer systems with coin slots to allow people to pay and play the games on it.

The American electronics engineer co-founder Syzygy with Nolan Bushnell and later renamed the company as Atari Inc. The first product launched by the duo was Computer Science arcade game.

Dabney recreated the programming for this game utilizing a video circuit of a standard TV, while Bushnell designed its cabinet. The duo then joined hands with AI Alcorn, another Ampex employee to develop such games at bigger scales.

Later on, they launched Atari’s most successful game Pong, which used Computer Science as its base.

Dabney left Atari in 1970 after things didn’t work out well with Bushnell. He felt overshadowed after the Pong success by Bushnell. However, he did continue to support Bushnell in starting Pizza Time Theatre restaurant chains and his venture capital group Catalyst Technologies as an employee. 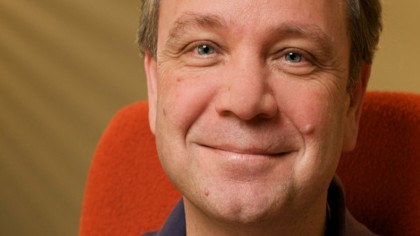 He continued to work with other companies including Raytheon and Fujitsu while also worked on his own gaming projects under his own Syzygy Game Company. However, Dabney opted to close down his company eventually and after ten years, he completely left the industry.

While most of his contributions were forgotten, Dabney reappeared in 2009 through an interview with Leonard Herman, the video game historian. Leonard who covered the story of Dabney in the Edge magazine was the first to announce Dabney’s death in a Facebook post.

The news of his sad demise led Dabney’s friends and admirers to post their tribute to him on social media:

Ted Dabney, co founder of Syzygy & Atari has died. His vision gave my generation more than people can comprehend unless they lived in the days when Atari was born & remember when the world was changed forever by the electronic dreams that company gave us. #Atari #TedDabney pic.twitter.com/Yhmku35EdA

Crushed to learn of the passing of my friend and Atari co-founder Ted Dabney. Always so gracious and humble. Thank you for everything, Ted.

18 Inventions That Shaped Europe in the Middle Ages