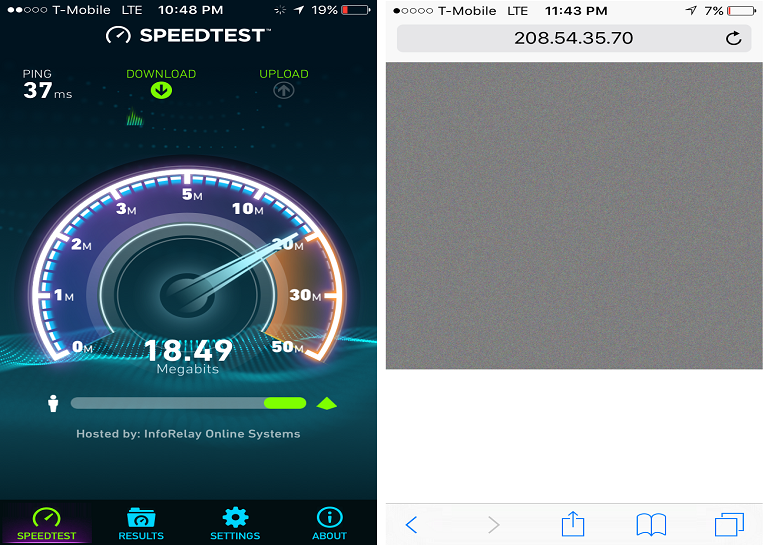 Overage charges are incredibly aggravating, especially to this 17-year old who discovered how he can avoid them all together.

Jacob noted his phone was accessing an LTE network as a portal for users to add funds to their prepaid device. Allegedly, he clicked around on the portal testing which links were accessible. The majority failed, however, some loaded.

One particularly interesting link lead him to a speedtest, a service used to determine the speeds of the devices internet. Upon accessing this, Jacob discovered the phone was accessing the internet at nearly 20 Mbps. The trick lead to the discovery that all /speedtest folders were whitelisted and could be accessed. To test the theory, Jacob set up his own /speedtest folder on his webpage with various different kinds of content. Surprisingly, the gimmick worked.

While the test was successful, Jacob wanted more than to browse a list of preset files. With that in mind, he set up a proxy server to enable him indirect network connections from his website.

"Just like that, I now had access to data throughout the TMobile network without maintaining any sort of formal payments or contract. Just my phone’s radios talking to the network’s radios, free of any artificial shackles. Mmm, the taste of liberty."

Reports Jacob on his blog.

However, Vice recently reported that they could not access the internet using a similar technique. Nonetheless, Jacob has since reported the glitch to Nokia so there is a slim chance it will be accessible for much longer, if at all.