There are some pretty incredible aircraft out there, not to mention pilots. The "melding" of the skill of man and technological achievements of machines can produce some pretty incredible feats. In the following article we'll take a look at some awesome takeoffs you might not believe are real. Enjoy and, as always, we welcome your own suggestions.

The following are in no particular order and far from exhaustive. 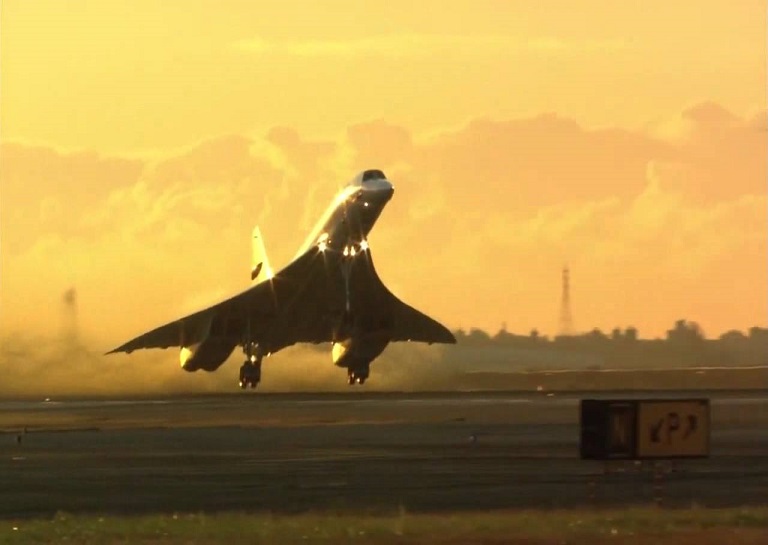 We'll kick off our list of awesome takeoffs with this incredible feat of flying skill. The following footage was taken at the 2011 Paris Air Show. As massive as the A380 is, this pilot managed to shock the crowd of eager spectators with a near 45-degree takeoff! Absolutely incredible, and who would have thought it would possible in such a massive airplane. Hats off to the flight crew, we kept expecting it to fall out of the sky. You could be forgiven for thinking that this is in some way digitally edited, it does beggar belief.

The following "trick" is often used by fighter pilots during airshows. But this pilot manages to pull off something quite unusual.  If you look closely, you'll notice that the SU-35 begins to climb near vertical after takeoff with its gear down! All without stalling. Most other fighters, you'll see some example below, need to travel at least a little distance horizontally and retract their gear before even attempting this. Amazing, fair play Russia.

First of all, forgive the indulgence, but this is just such a wonderful aircraft. Anyway, what's this old rubbish doing here, you might ask? For one, it was one of the best fighter planes of WW2, and second, this is an incredibly rare event. You can count on one hand the number of remaining air-worthy 190's in the world. The author has always loved this aircraft since his misspent youth building Airfix models, and for good reason, just look at it. The following video is a two for one of a sort. You also get a BF-109, aren't you lucky.

Here's a great little, well big, high angle takeoff from a propeller aircraft. Granted it was given a little push from a "JATO" system, but the sight is something to behold. This footage was captured at the M.C.A.S Mirimar Twilight Air Show, San Deigo in October of 2009. "JATO" stands for Jet Assisted Take Off but this is a little misleading. The system actually uses rockets to provide the aircraft with the extra boost to get airborne. Fantastic idea, they should be fitted as standard to all propeller aircraft just for our entertainment. OK, perhaps a bit overkill.

We could watch this all day long.

Do we need an excuse to include this magnificent aircraft? Perhaps not as much of an impressive show of piloting skill as others here but it is a sight we will likely never see again. This footage is actually pretty somber. It was Concorde's final takeoff from JFK Airport in October of 2003. So sad.

Concorde was a marvel of technological achievement in her day, and nothing symbolizes that more than seeing her takeoff.  We love and miss you Concorde.

Here's another commercial jet plane for you. This video has a nice mixture of footage of just what this plane is capable of. We've started the video at the takeoff stage, but it's well worth watching the whole video, to be honest. This kind of footage really does show us the elegance and power of jet liners that we might not normally appreciate, besides it wouldn't be an overly comfortable flight for most. As a passenger this would be amazing to experience, just make sure you're not holding any hot drinks.

This F-22 pilot shows off the insane maneuverability of this highly advanced aircraft. This F22 pilot begins his display with a pretty regular horizontal takeoff but then decides to show off. Fair enough. It's incredible that this aircraft can muster enough thrust to perform this maneuver so quickly during takeoff. We bet the crowd didn't expect that, lucky them.

OK, we've cheated a little here. With all this talk of awesome takeoffs, it would be a shame to not include this iconic aircraft. The Harrier is the original and best VTOL on the planet, no arguments! :) Granted, vertical take off and landing was really only ever used at airshows, very wasteful on fuel, it is still an awe-inspiring sight for fans around the world. Sadly, most air forces and naval forces have either retired or are considering retiring these airplanes. A damn shame if you ask us, but then they are pretty old now.

Finally on our list of awesome takeoffs is probably one of the most hazardous in the world. Well apart from the insane stunts of some of the above. The following flight crew is clearly well trained and very experienced. Although there are so many potential hazards, they make it look very easy. The location probably means the air is very thin, the plane won't be light and they need to constantly avoid terrain and gain altitude. Fair play, we do not envy them.

And for a bonus entry, did you know the Germans almost successfully built some vertical takeoff and landing fighters during WW2? No? Then may we introduce the Triebflügel. These bad boys were designed in September of 1944 as fighter/interceptor for allied bombers. It would have had three untapered wings that would rotate around the fuselage. A bit like a massive propeller. But it doesn't end there, the end of each wing would have housed a Pabst Ramjet for maximum awesomeness. As Ramjet can only operate at high speeds, the aircraft would have relied on additional rocket engines or fuselage mounted take-off boosters to get airborne.

So there you go. Did you enjoy our compilation of awesome takeoffs? Do you have any suggestions? Feel free to let us know.

SEE ALSO: Interesting Aircraft Security Features That Keep You Safe in the Air

You won't believe this extraterrestrial sports car is custom-made