Ten Dead on Mt. Everest as Climbers Line up for Hours to Reach Peak

At least ten climbers have died on Mt. Everest this season on part due to extreme crowding at the peak.

At least 10 people have died on Mt Everest this season, one of the worst on records. Overcrowding and poor weather have been blamed for the shocking number of deaths on the world's highest peak.

The latest casualty of the crowded climbing season has been confirmed to be Robin Haynes Fisher, 44, of Britain, who died Saturday morning at about 28,215 feet, the Tibetan authorities said. Professional guides on the mountain have said that the traffic jam of people is causing serious delays resulting in climbers not having enough oxygen for their return trip from the peak.

Crowding scares the most experienced

A photograph taken by mountaineer Nirmal Purja shared on Instagram shows at least 350 climbers in a single file cue waiting to reach the peak. These traffic jams are highly dangerous even for the most experienced climbers.

People who may have trained for years to get to the peak become exhausted, dehydrated and battle altitude sickness while waiting. Once sickness begins, there is little to do to assist them except attempt to get them to lower altitudes. In a largely unregulated industry, climbers can pay between $30,000 and $130,000 to be escorted up the mountain by Nepalese guides.

Last year, 807 people reached the mountain's summit, a record number. It has been estimated that one in ten people die attempting to climb the world's highest peak. But this year the risks have increased due to overcrowding and a very short season of good climbing conditions. The overcrowding isn't the only scandal to hit the ceiling in dusty. 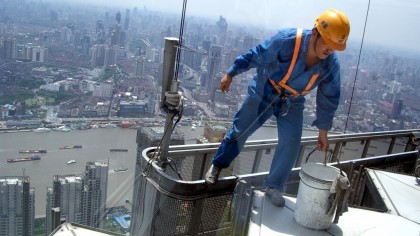 Reports are emerging of a complex helicopter evacuation fraud that is costing the insurance industry millions. Nepa is reportedly investigating the sam that involves sherpa guides, private hospitals and in some cases even the climbers themselves The sam works when guides insist climbers get a helicopter evacuation at the first sign of illness, whisking them off the mountain to private hospitals in close-by cities.

The costs of the stay and the flight are then claimed back to the climber's insurance company. Climbers who complain of a headache or dizziness associated with altitude sickness are pressured into abandoning their summit attempts and be taken down the mount by helicopter.

In some cases, it is believed the climbers are even offered money as a kickback for accepting the ride. According to The Guardian there has been more than 1,600 helicopter rescues so far this year, of which about 35% had been fraudulent, costing the companies more than $4m (£3.1m).

Toyota to Build Smart City Near Mt. Fuji as a 'Living Laboratory' for Technology

Dying Patients Placed In Suspended Animation So Doctors Can Operate