Terrestrial Flying Saucer Technology Could Revolutionize the Way We Fly

An engineer believes he has launched a new paradigm in flight technology.

While humans have been reporting sights of extra-terrestrial flying saucers since the middle ages, it seems to be only in 2019 that any verifiable documentation of their existence has come forth.

SEE ALSO: WHAT IS THE FUTURE OF COMMERCIAL SPACE FLIGHT?

Although created by the seemingly terrestrial hands of a Romanian engineer Razvan Sabie, the flying saucer – or what's now being called ADIFO (All-Directional Flying Object) – has captured the world's attention. Its semblance to our popular image of the extra-terrestrial version we grew up imagining, may have something to do with it. Sabie does not appear to be taking us for a fool, though!

As Romanian news sources confirm the ADIFO saucer form has been specially conceived to purpose the vehicle (still in its model scale) for hyper-maneuverability. As the paper Realitatea de Valce confirms:

“The Romanian inventor has stated that his device is unique in the world by the fact that it can evolve in any direction with the same aerodynamic characteristics and can fly just as well in subsonic or supersonic regime.”

With an international press award and gold medal received by the 46th international exhibition of inventions of Geneva, Sabie's test model seems to have a more than promising future as a radical innovation in current flight technologies.

Razvan goes so far as stating that it could “change the actual paradigm of flight”. Yet, as it goes with such hot new inventions the evidence is in the pudding! Is the ADIFO a flashy gimmick or something to be taken seriously as the new paradigm in flight?

The saucer shape of the vehicle is no cheap gimmick. Unlike the usual winged plane which is confined to linear movements, the saucer form allows for maximum agility. 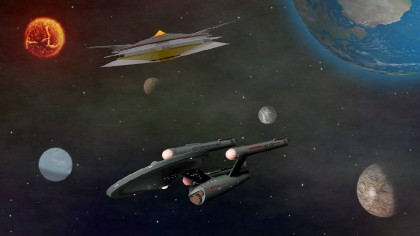 Sharing some similarities to a drone in its capacity to hover in air through the use of four ducted fans; yet assuming the aerodynamic propulsion capacities of a high-speed jet thanks to the help of two lateral thrust nozzles – similar to those ones may find on a space ship.

Further, the ADIFO is designed to avoid the sonic-boom that appears when a jet breaks the speed of sound, because of its unique form which allows for a more clean transition through different velocities.

For a detailed presentation of its various capacities, you may be interested in viewing the team's promotional video for ADIFO. ADIFO presentation movie from ADIFO aircraft on Vimeo.

Will ADIFO Replace the Airplane?

From the looks of we, the regular science and engineering fans, will not have a chance any time too soon to try out an ADIFO unit. Although it may take time, Razvan hopes to soon test out full-sized models with pilots on board. Further: he sees his invention as suitable for both military and civil usage.

Next time your wing-nut neighbor reports seeing a flying saucer you may want the drop them a link to this article. What was once only imaginable as futuristic alien invention seems to be, in the near future, a real possibility for man. Who will need aliens after the technological imaginary they are said to hold is invented by us simple humans?