Tesla was awarded the Most Loved Brand Award of 2019 by Auto Trader.

Tesla Awarded Most Loved Brand of 2019

Electric vehicle maker Tesla was awarded the title of Most Loved Brand of 2019 by auto marketplace website Auto Trader this week. According to Auto Trader, Tesla has managed to forge the strongest connection with their owners of all the automakers in the industry as reported by the owners themselves. Auto Trader based the award on owner responses from more than 60,000 survey respondents measuring their vehicles in 16 different categories.

One owner responded that "[i]t’s the greatest car I have even owned. I bought it for my wife and kids to keep them safe, and make my mark for a better planet. Space, performance, tech features, gets better with age, never needs fuel. Better on every metric."

Another owner commented that their Tesla was "[l]oaded with innovative technology, and the fact it is electric." Auto Trader notes that this was one of the most common responses from owners, particularly about its Autopilot system and its Supercharger network. Moreover, owners talked about how their vehicle was more than just a car, but that they were making a positive impact on the planet and that owning a Tesla brought them into a fairly tight-knit community of Tesla owners that you just don't find with other vehicles. 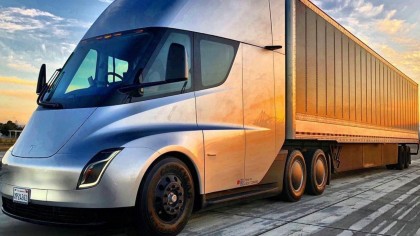 Ivan Aistrop, Auto Trader's road test editor, said: "Our research shows that pioneering technology and the feel-good factor of electric motoring certainly play their part in Tesla owners’ enthusiasm about their cars, but there’s more to it than that. Tesla has managed to make electric motoring cool, and that’s a trick that not many other electric car manufacturers have managed to pull off so far. What owning a Tesla says about you seem to be as important to owners as the car itself, and for a company trying to build brand loyalty and desirability, that’s a master stroke."