Tesla Battery Explodes and Burns Car to a Crisp

In recent news, a Tesla Model S burst into flames in France this past week, but it's nothing to be worried about because cars always explode. The Model S battery caught fire after the driver took a turn on a highway. Luckily the car sounded warnings and everyone was able to escape safely before the car caught fire. Tesla has confirmed the validity of the fire, and is now investigating the incident with French authorities, according to Futurism. 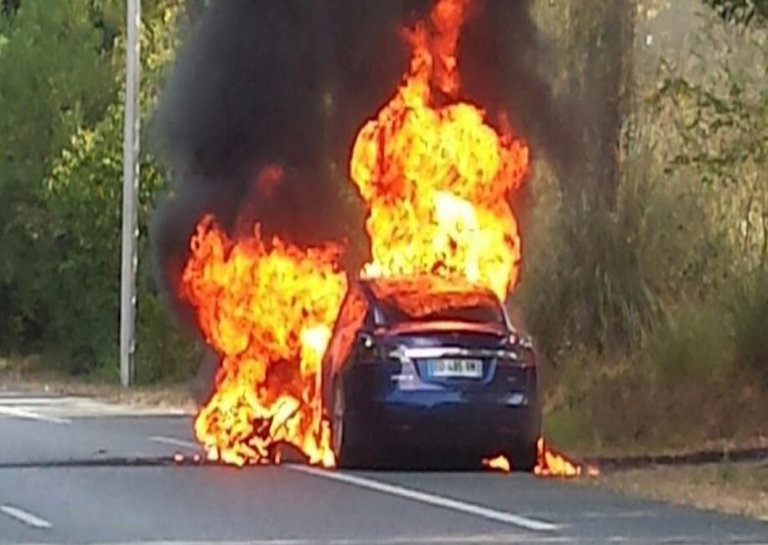 The original story was published in the French newspaper, Sud Ouest,  where the driver recalls hearing a loud noise while accelerating around a turn. Thanks to the car sounding and displaying warnings, the driver was able to pull over and quickly exit the vehicle along with 3 other passengers. Teslas exploding may sound like a big deal, but really, cars catch on fire all of the time.

On average, 17 cars catch on fire every minute on the US, and compared to other car models, Teslas are still way better than average. 5 times better to be exact.

You can check out footage of the fire in the tweet below.

SEE ALSO:Tesla’s Next Autopilot is Likely Going to be FULLY Autonomous

Man Blows Up Tesla to Not Pay $22,600 to Replace the Battery