Musk has announced that the next update will update the neural net so cars will detect police and ambulances.

Tesla vehicles are set to get some serious autopilot upgrades including the ability for the car to recognise emergency service vehicles.

The tweet came in response to a question about whether the Tesla user interface will be able to differentiate emergency vehicles from others on the road.

Twitter user Jennifer (@jennerator211) asked “Semi off topic but started me thinking... could the UI differentiate police/emergency vehicles from other vehicles on the road. Is that possible to achieve?”

Semi off topic but started me thinking... could the UI differentiate police/emergency vehicles from other vehicles on the road. Is that possible to achieve?

Tesla driver appears to be unconscious while car travels at 70mph

The conversation was spurred on by reports that a Tesla driver was pulled over by police after appearing to be unconscious.

It was suspected the driver may have had autopilot on while under the influence of alcohol.

The ABC13 report said spotted a man slumped behind the wheel of a gray Tesla Model 3 despite the car traveling at 70mph.

A police car pulled in front of the Tesla to slow it down, it eventually pulled into a gas station where the driver was given a sobriety test and then arrested.

Musk says he is looking into what occurred during the incident.

Musk has previously stated that autopilot will get a massive overhaul within the next six months when new production cars get an upgraded chip responsible for processing the information from the car's sensors.

The new chip is expected to give the autopilot systems processing capability a 500 and 2,000-percent boost in operations per second.

Customers with existing Tesla’s who paid for the ‘full self-driving’ package will get the chip retrofitted at no cost.

Drivers who didn’t opt into the package at the time of sale won’t be forgotten though, they can also buy the additional cash and receive the upgrade.

It is worth noting the upgraded chip doesn’t actually give the car more self-driving features, rather it enhances the power of the cars neural net, which improves the existing autopilot features of the car and lays the way for more advanced features in the future.

Tesla’s dedication to being a leader in self-driving production cars has come at a price.

Several crashes involving Tesla’s have been blamed on the self-driving mode. 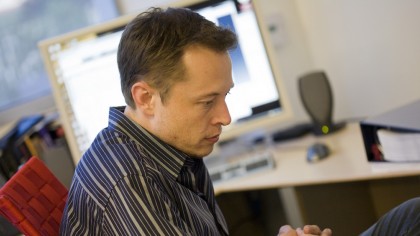 Last month a Florida-based Tesla driver announced his intention to sue the company claiming the autopilot feature failed in his Model S causing him to slam into a stationary car on the Florida Turnpike.

Law firm, Morgan & Morgan announced on Tuesday they will sue the electric car company on behalf of their client.

According to the Ninth Judicial Circuit Court in Orange County, the Model S slammed into a stalled car after the autopilot feature failed, causing him severe injuries including a broken neck.

Shawn Hudson of Winter Garden says the car's autopilot feature was the main attraction to buying a Tesla in the first place.

Tesla’s owners manual is clear though stating “Traffic-Aware Cruise Control cannot detect all objects and may not brake/decelerate for stationary vehicles, especially in situations when you are driving over 50 mph (80 km/h) and a vehicle you are following moves out of your driving path and a stationary vehicle or object is in front of you instead.”