Price of charging will still increase but at a significantly lower rate.

Last week Tesla announced it would change the pricing structure of its supercharging stations in order to get better pricing based on local electricity conditions. 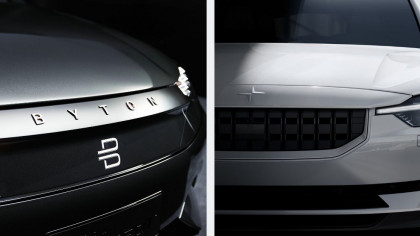 However, the change also came with a significant price hike. Media outlets estimated in some areas the cost of using a supercharging station would increase as much as 33%.

But after a serious backlash from consumers, Tesla has announced it will change its system again without such a massive price increase. The backlash against the electric vehicle maker included an outpouring of frustration on social media. Other Tesla fans defended the move.

Tesla increases prices by 10% across the board

Under the former price increase, it would have still been cheaper than filling a regular car with gas, but the superchargers would have slipped in their competitiveness against other 3rd party charging station.

Tesla says it will now increase the price of the Supercharging station globally by 10%. According to Tesla's website, the current price to recharge in the US is $0.28 per kWh. In Norway, a Tesla hub, it is now 1.70 NOK per kWh after Tesla adjusted the prices today.

Tesla has continued to express their commitment that Supercharger will never be a profit center. Free supercharging ended in 2017, but Tesla owners who purchased their vehicles before November 2018 were given 400 kWh in annual charge credits for free.

Tesla confirmed this week they had received regulatory approval for the Model 3 in Europe. This is great news for the company which has struggled to turn a profit.

Despite Tesla being an innovator in the field, it is still struggling to maintain a market foothold against other big players like Nissan and Chevrolet.

Breaking into the European market could be the boost Tesla needs. Sales of plug-in electric vehicle sales in Europe have soared 24% over 2018.

Europe is a perfect place for a solid EV market, and Tesla has high hopes for the Model 3 on the continent. Tesla reportedly hopes to sell 100,000 Model 3’s in Europe this year alone. Pre-orders have been high since Tesla began taking them last month and they expect to ship 3,000 Model 3’s to Europe every week through February.