In an email obtained by Jalopnik, CEO of Tesla Elon Musk announced he would run the company’s assembly plant 24/7 and add 400 staff a week in order to hit a production capacity of 6,000 Model 3s per week by the end of June. According to the email, Tesla has already completed the third full week of producing over 2000 vehicles.

The memo seems like an attempt to fix problems with the manufacturing of Model 3s Musk has previously discussed such as a production strategy too focused on robots and other bottlenecks. However, coverage around his announcements has mostly been negative with critics stating Musk’s plan is not achievable and does not make sense.

Tesla has a history of setting overzealous unachievable production targets. Previously, Musk has said the company would deliver 20,000 Model 3s a month by December 2017 and 100,000 to 200,000 Model 3s between July and December of 2017.

Some claim this email is more of the same. For starters, Musk announces that after just three to five days of comprehensive upgrades at the Giga and Fremont factories, the company should be set up “for Model 3 production of 3000 to 4000 per week next month.”

Musk then goes on to say that “another set of upgrades starting in late May should be enough to unlock production capacity of 6000 Model 3 vehicles per week by the end of June.” He asks for referrals for anyone meeting “the Tesla bar for talent, drive and trust” announcing that the company “will be adding about 400 people per week for several weeks.”

The memo comes amid alleged labor violations resulting in a June hearing for Tesla which means Musk may find it even harder to navigate his workforce. The increase of labor hours required for the new targets may also prove problematic.

Will the critics be proven right?

Critics say that the current Model 3 production rate is a success, albeit a tardy one, and that Musk may do well to stick to it. Matthew DeBord from Business Insider UK writes: “But rather than consolidate at that level and make sure that 2,500 per week is sustainable — something that Tesla has repeatedly said it wants to do — the company has decided to push on toward the more adventurous goals.” 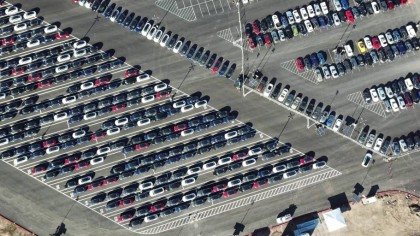 “Just like the premature launch and the over-designed manufacturing process, this is a mistake. Tesla basically needs to spend at least a few months learning how to mass-produce cars according to decades-old industry standards,” DeBord continued.

Musk’s accomplishments, however, have often come from ignoring the practical for the adventurous. In his email, Musk encourages employees to “always pick common sense as your guide.” Time will tell whether the entrepreneur should have followed his own advice.