Elon Musk is a man of his word, the largest battery in the world is complete and resides in Australia.

Elon Musk made a bet on Twitter a while ago with Australian billionaire Mike Cannon-Brookes. He stated that he could build the world’s biggest battery in 100 days and help solve Australia’s power grid issues.

“100 days from contract signature or it’s free,” Musk tweeted at the time.

Tesla has completed their mission and Musk is officially a man of his word. The massive lithium-ion battery Powerpack system in South Australia is finished and will deliver more than 100-megawatt hours of power to the surrounding area. Hopefully, tests still have to be carried out.

Congratulations to the Tesla crew and South Australian authorities who worked so hard to get this manufactured and installed in record time! https://t.co/M2zKXlIVn3

“Congratulations to the Tesla crew and South Australian authorities who worked so hard to get this manufactured and installed in record time!” Musk wrote on Twitter today.

These tests will be carried out within the next few days to ensure the battery meets AEMO and South Australian Government standards before the operation begins on the first of December. The official launch of the battery next week will bring together representatives from Tesla, French renewable energy company Neoen and Adelaide engineering firm Consolidated Power Projects. They will all join South Australia Premier Jay Weatherill.

"While others are just talking, we are delivering our energy plan, making South Australia more self-sufficient, and providing back up power and more affordable energy for South Australians this summer," said Premier Jay Weatherill in a media statement.

"The world's largest lithium-ion battery will be an important part of our energy mix, and it sends the clearest message that South Australia will be a leader in renewable energy with battery storage.” 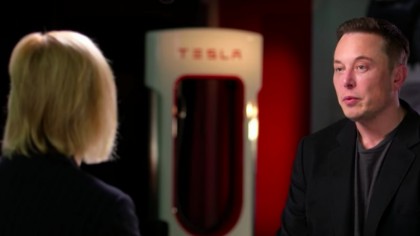 Musk addressed the issue of electricity in Australia in an interview with 60 Minutes, where he was faced with the grim reality for many Australians who some months give up food in order to pay their electric bill.

“We will work harder,” Musk responded. The hard work seems to have paid off; the 129 MWh, battery storage system, will provide power to more than 30,000 homes which will continue to supply power in spite of frequent summer blackouts, prevalent down under.

The Wall Street Journal states that the ultimate test of this system will be during those blistering months between December and March when the temperatures skyrocket and air conditioners are turned up accordingly. It’s then that the energy system is taxed intensely to compensate for the electricity demands.

Musk has frequently stated in the past that Australia is the perfect place to rely on renewable energy, due to its ideal location and weather patterns.

After the barrage of tests coming up on the world’s largest battery, we’ll know for sure.

Via: Mashable, The Verge, Tech Crunch