Tesla has met with the Greek Government to propose ways to wean its islands off non-renewable energy sources.

Tesla has met with the Greek Government to discuss ways the electric car manufacturer and battery maker can help the Greek islands reduce their dependence on fossil fuels. Tesla has reportedly suggested a combination of microgrids and renewable energy as a way to modernize the electricity grid of the islands.

Many of the islands are remote and heavily dependent on fossil fuels. Tesla has been slowly increasing its role in developing microgrids to assist communities in becoming independent from fossil fuels.

In 2016, the California based company deployed a 1.4 MW solar array and a 6 MWh energy storage system with 60 Tesla Powerpacks on the island of Ta’u in American Samoa. Since then it has deployed similar systems in Samoa, Hawaii, Puerto Rico, and many other places. 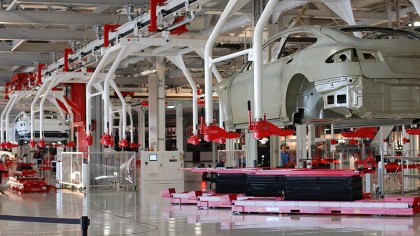 The Greek Minister of Environment and Energy, Mr. George Stathakis confirmed that the ministry had met with Tesla.

“Today, the Minister of Environment and Energy, Mr. George Stathakis, met with Tesla executives to exchange views on the strategy of fossil fuel dependence on the islands of the country, especially those not connected in the next years with the mainland power grid. The National Energy and Climate Plan provides for a gradual abandonment of oil burning units and a switch to Renewable Energy Sources (RES). However, the stochastic character of photovoltaic or wind power action creates significant energy storage and recovery needs of modern network management technologies,” Mr. Stathakis said in a statement released via Capital.Gr.

"The extremely interesting thing that emerged from the meeting is that technological progress has now significantly reduced the cost of energy storage. At the same time, successful competitions for new RES investments in Greece, led to an equally significant reduction in the cost of energy production. As a result, the conversion of the islands to RES, apart from being environmentally useful, is now also economically viable. In this context, cooperation with Tesla can prove to be extremely beneficial, as the American company officials have highlighted, showing strong interest in the initiatives promoted by the Ministry for “smart” and “energy” islands,” he continued.

Tesla cements the relationship with Greece

It is thought that the project would begin on the central Greek island of Lemnos. The basic premise of the system is to install a large solar energy array combine it with an energy storage facility that would store the excess energy for use at night or on cloudy days.

Tesla is no stranger to Greece last year they opened a research and development branch in Athens. Tesla has strong ties to Greece, with three of top designers having degrees from the National Technical University of Athens. Tesla’s investment in the country is allegedly to tap into the vast amount of engineering talent in the country.

Guys Try to Trick the Internet With an Exploding Tesla Prank