The National Highway Traffic Safety Administration (NHTSA) released today its safety ratings for the Tesla Model 3 and they were nothing short of impressive. The electric car scored a perfect 5-star rating in all three categories.

Of course, the achievement is not entirely new to the firm. Tesla's Model S and Model X had performed just as well.

Top scores in all categories

However, the Model 3 is a less expensive car which some may expect would have resulted in perhaps a lesser rating. It turns out the Model 3 defied those speculations even getting the top score in each category and subcategory. 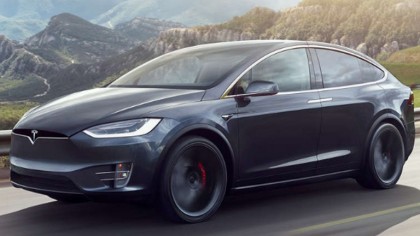 Although an overall 5-star rating is not uncommon for vehicles, achieving 5-star scores in every category tested by NHTSA is indeed rarer.

Tesla CEO Elon Musk seems convinced his Model 3 may even be the safest car ever tested by the NHTSA. He took to Twitter to reveal the organization will soon be posting its safety stats which the CEO believes Model 3 could lead.

.@NHTSAgov will post final safety probability stats soon. Model 3 has a shot at being safest car ever tested.

A mere three days ago, Tesla tweeted a video demo of the Model 3's durability being tested on a road simulator. Needless to say, the electric vehicle handled itself well.

The NHTSA's three safety categories are frontal crash, side crash and rollover. The first combines "Driver and Passenger star ratings into a single frontal rating" while the second combines "the Side Barrier Driver and the Side Pole Star Ratings into a Front Seat rating."

The physics of safety

Finally, the rollover category measures the risk of rollover in a loss-of-control scenario. Musk said the firm would soon be releasing a piece on the physics of car safety that would provide more technical details regarding the features that ensure the firm keeps meeting the NHTSA's stringent requirements.

The tweet announcement saw fans follow up with several physics and engineering-related questions on what these features could be to which Musk often replied. The conversation is a must for all car and physics-lovers!

Key technical point is that the polar moment of inertia (concentration of mass around center) of a Tesla, to the extent of our knowledge, is better than any other production car. This positively affects safety, handling & driving feel. Extremely important metric.

For those less familiar with the mechanics of cars, the CEO even provided a link to a list of crucial car terms. Thanks Elon!

Simple explanation of polar moment of inertia & other important car terms at https://t.co/CftQ1v9YCL