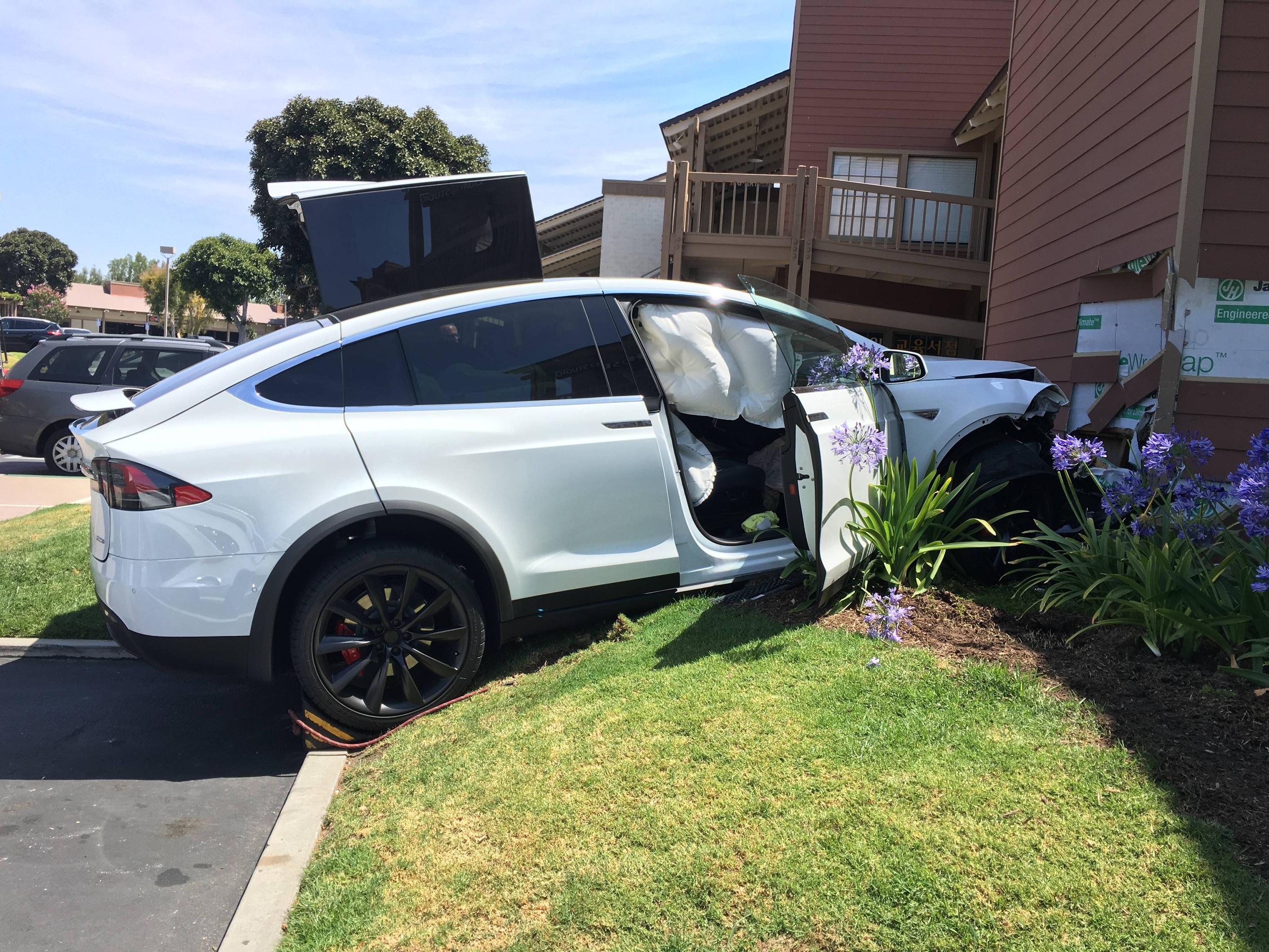 As Tesla has pioneered semi-autonomous vehicles, it has begun the discussion of who's fault it is when an accident occurs. Accidents have happened in Tesla vehicles, and so far the company has been able to prove that the accidents were the fault of the driver, not the car. A Tesla Model X crashed into a building last week, and the driver was quick to blame the accident on Tesla, even calling on them to halt production and investigate the incident. Tesla, of course, investigated and sent this release to Electrek:

“We analyzed the vehicle logs which confirm that this Model X was operating correctly under manual control and was never in Autopilot or cruise control at the time of the incident or in the minutes before. Data shows that the vehicle was traveling at 6 mph when the accelerator pedal was abruptly increased to 100%. Consistent with the driver’s actions, the vehicle applied torque and accelerated as instructed. Safety is the top priority at Tesla and we engineer and build our cars with this foremost in mind. We are pleased that the driver is ok and ask our customers to exercise safe behavior when using our vehicles.” 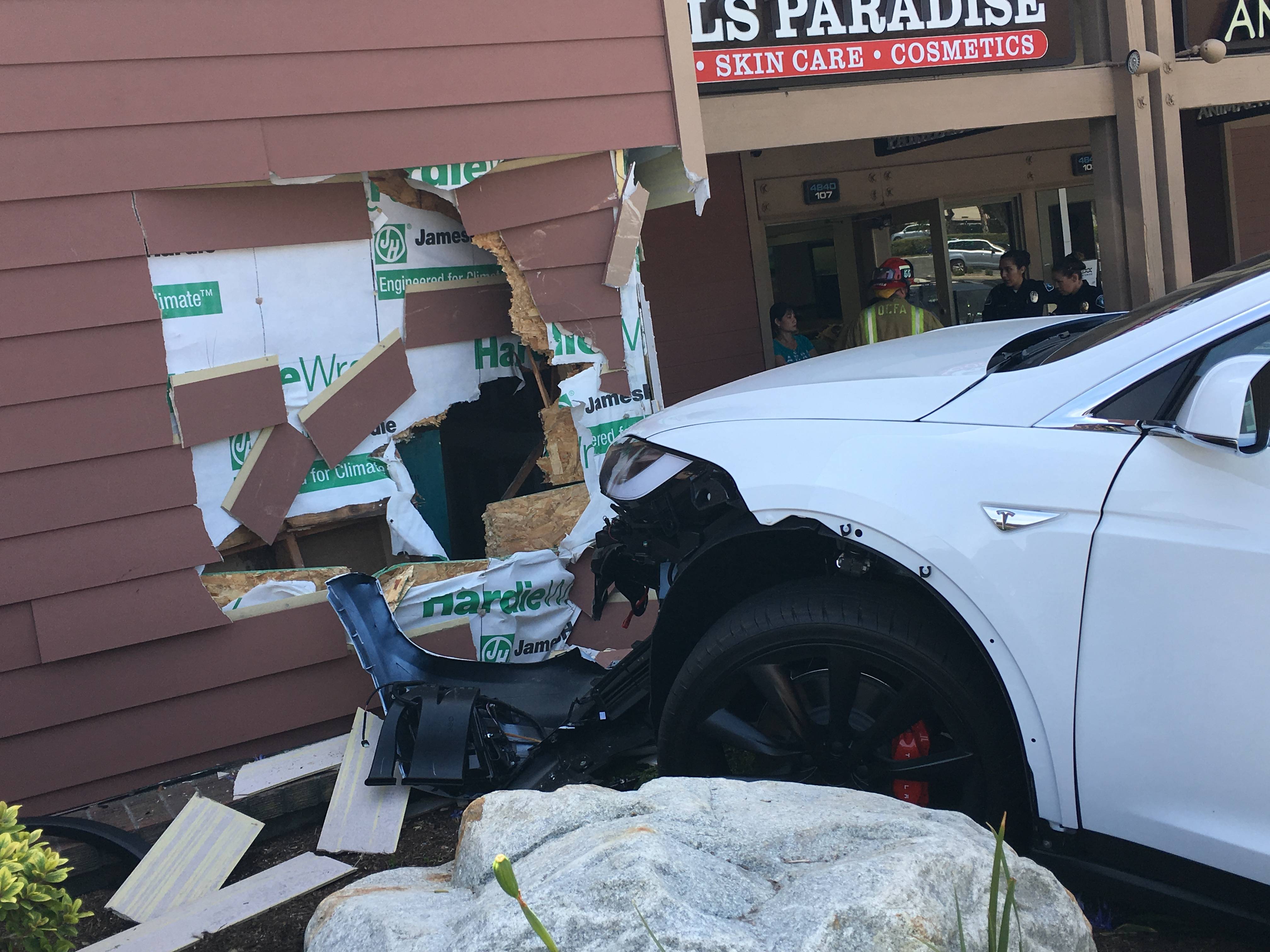 Tesla was able to prove that this accident was without a doubt the fault of the driver as the car simply responded to an increase in the pressing of the accelerator pedal to 100%. The data doesn't lie, and this driver will ultimately be forced to assume responsibility. The Model X was only 5 days old when it crashed, and the driver was likely embarrassed, making him think blaming the accident on the car would be his easy way out.

He isn't the first person to try to pawn off human-error caused accidents on Tesla's autopilot features, as a man recently claimed that the summons feature caused his car to crash into his trailer. Photos of the crash were originally posted to a Tesla forum, and commenters started questioning how the crash could be the car's fault almost immediately. Not only does the auto-parking feature only work in reverse, but autopilot doesn't work at low speeds. So for a head-on crash in a parking lot, it doesn't seem possible that the car could've caused the accident, according to Inverse. 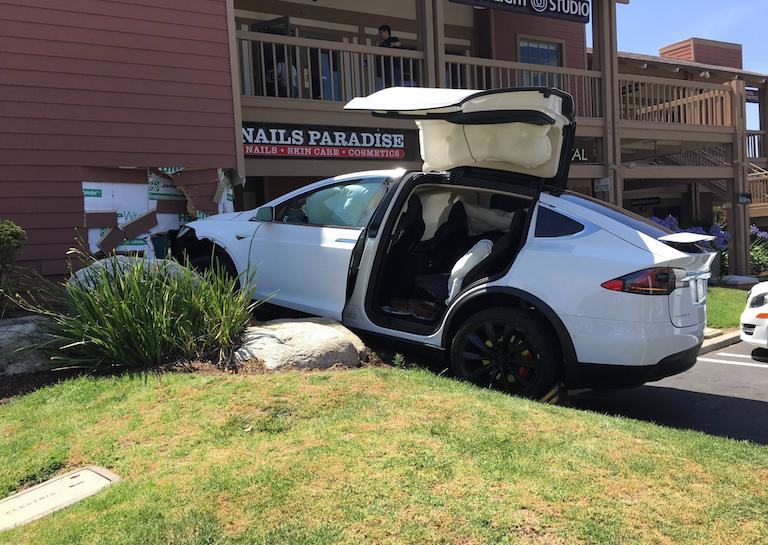 One of the best summaries of the accident comes from the Verge, "the car was told to drive into a building, so it did." So if you do own a Tesla, and you do get into an accident, be sure that it really was the cars fault, because Tesla is going to investigate and probably prove you wrong.

SEE ALSO: Tesla Driver Caught on Camera Sleeping Behind the Wheel on Autopilot