A Tesla Model X-owning family has recently unlocked a secret level within the Tesla Referral Program. This periodic and incentive-motivated referral program is promising one diligent referrer the chance to drive Godot, the Boring Company's first tunnel boring machine. The unusual reward is just one of the program's generous and exclusive prizes.

Every few set of months, beginning in October 2016, Tesla would publish a new referral program containing various rewards. An existing Tesla owner would receive one of the lavish rewards if they manage to refer one of their family or friends using their personal referral code. And when we say "lavish rewards" we mean ludicrous, over the top referral incentives. Just how lavish then? Well, the current Tesla referral program for the period of May to December 2017 promised to reward one referring Tesla owner the chance to win one of the company's superfast cars and an all expenses paid tour to the SpaceX headquarters in California.

"One referrer will win a Ludicrous P100D Model S or Model X as well as a private tour for four of the SpaceX headquarters in Los Angeles, including travel and accommodations. SpaceX designs, manufacture, and launches advanced rockets and spacecraft. SpaceX headquarters is not open to the public".

Other exclusive referral rewards for this period's program include a chance to win a limited-production Founders Series Powerwall 2, which will not be available to the public. One referral winner will also get treated with a miniature Tesla Model S car complete with working headlights, sound system, and a charging port that their kid can drive. The much-anticipated unveiling event of the Tesla Semi Truck will also be available to one successful referrer should they successfully put forward a referral and get picked. If you think these incentives are fabulous then wait til you hear about the recently unlocked Tesla "Level 2" prize. 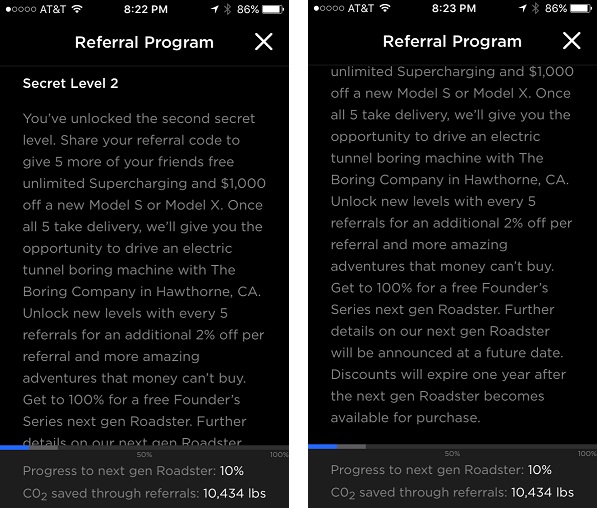 The Model X-owing family called Like Tesla is one of the largest Model X and Model S referrers on a global scale. Like Tesla have recently unlocked the secret Tesla referral program level where if they manage to refer 5 more people then they will get an exclusive opportunity to drive Godot.

For those who are unfamiliar with Elon Musk's Boring Company, Godot is the company's first boring machine in operation. They are currently working on their own tunnel boring technology using Godot and one diligent Tesla referrer will get the chance to drive it.

"Once all 5 take delivery, we’ll give you the opportunity to drive an electric tunnel boring machine with The Boring Company in Hawthorne, CA". 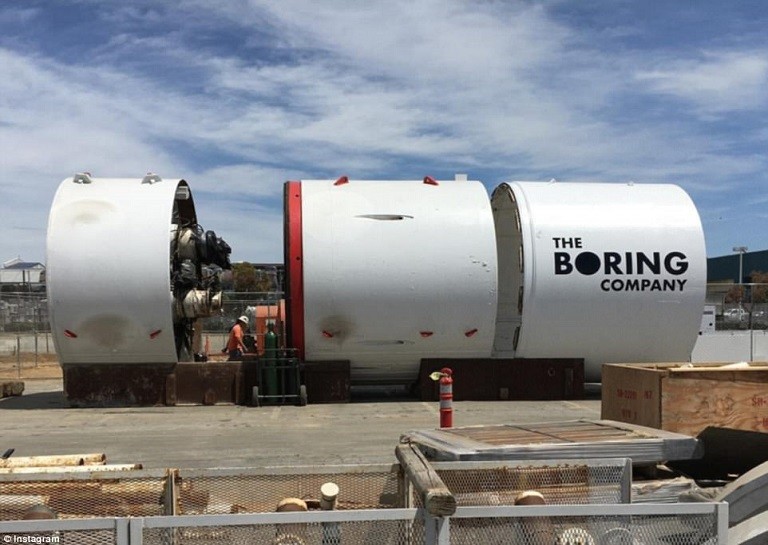 If this is the prize you get for unlocking the secret level 2, then imagine what kind of rewards await other Tesla referrers should they be diligent enough to unlock the subsequent secret levels. It may not sound as exciting as touring the SpaceX headquarters or attending the Semi Truck unveiling event, but for those who are genuinely interested in tunnel technology then this is a dream come true opportunity.

The Boring Company promises to deliver an ultra-fast transportation network and driving Godot will make one lucky winner a part of this impressive and futuristic technological revolution.