As part of its natural disaster emergency response policy, Tesla is providing free Supercharging and access to additional battery capacity.

Tesla CEO Elon Musk recently made headlines with his attempt to aid in the Thai cave rescue. Now, his firm has been discovered quietly trying to help Hurricane Florence evacuees by offering free Supercharging as well as releasing more battery capacity.

The emergency-response offer was humbly announced on Tesla's twitter account without much fanfare or publicity. The statement revealed the move is part of the company's policy regarding natural disaster situations.

In any natural disaster situation like this, our policy is to make Superchargers free of use in order to optimize evacuation routes for affected customers https://t.co/SOUlKv3UUZ

Tesla owners in evacuation areas, will see supercharging enabled in older Teslas that did not have the option at purchase (early Model S60s). In addition, use of extended battery capacity in Teslas with software locked battery capacity (newer Model S60s and S70s) will also be enabled.

Better yet, those capabilities could remain active up until October 2018 (the firm said mid-October). Tesla owners whose vehicles qualify for the features will be alerted through screen messages.

The news will certainly benefit Tesla giving the firm the opportunity to showcase not only its support for its clientele but mostly the incredible range of its Supercharger network. This was the network's much-publicized advantage during its launch.

"Tesla's Supercharger network is a game changer for electric vehicles, providing long distance travel that has a level of convenience equivalent to gasoline cars for all practical purposes," had said Musk in a statement. "We are giving Model S the ability to drive almost anywhere for free on pure sunlight."

However, Tesla's emergency measure was very likely not a public relations stunt. The response is very much in line with the firm's overall approach to customer satisfaction that saw it lead Consumer Reports' 2018 survey.

Tesla currently has 39 Supercharger locations, already operational or soon-to-come, in North Carolina, South Carolina, and Georgia. Last month, a Tesla Semi made headlines when it did a cross country run on the Supercharger network.

Tesla offers maps of its Supercharger station locations online. To offer some perspective on the firm's emergency offer, Supercharger fees were estimated to be amount to about "$15 for a road trip from San Francisco to Los Angeles, about $120 from Los Angeles to New York." 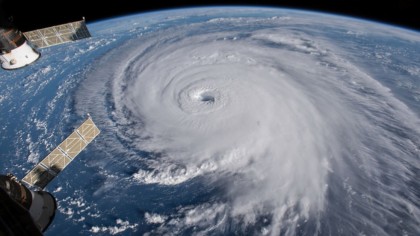 Tesla's current Supercharger page says that charging cost estimates assume a Supercharger cost of $0.26 per kilowatt hour. These may vary depending on several factors including vehicle location, condition and environmental factors.

However, there is one key benefit of this offer that can not be denied. Hurricane Irma saw many gas stations run out of gas, as is often the case in natural disasters. Tesla owners will not have that problem.

Indonesia Offers to Buy All 15 of Austria's Typhoon Fighter Jets