The company is having issues with its seats, and it's not the first time that Tesla's Model X has issues.

Tesla issued a voluntary recall of 11,000 Model X SUV units after discovering an issue with seating locks. The recall affects Tesla Model X units worldwide made between Oct. 28, 2016 to Aug. 16, 2017.

The cars come with fold-flat second-row seats. The company noted in a statement that they think the issue only affects 3 percent of the recalled vehicles. Tesla spokespeople have also noted that they have not heard of any accidents, injuries, or serious mishaps with the affected seating locks.

Tesla employees found the issue through internal testing, according to a company spokesperson. It takes one cable to improperly lock down the left seatback and prohibit it from fully latching. If the car gets into a crash, the row of seats could move forward.

This isn't the first issue that's plagued the Model X

In 2016, Consumer Reports told the story of 75-year-old retiree Michael Karpf who flew to Fremont, California to pick up his Model S. Karpf soon found that his driver door failed to open from the outside, the driver window wouldn't roll down and the infotainment screen kept freezing up. As the report noted, Karpf was not alone in his complaints. However, the bugs seemed to be restricted to early models; Tesla made the necessary improvements and moved on. 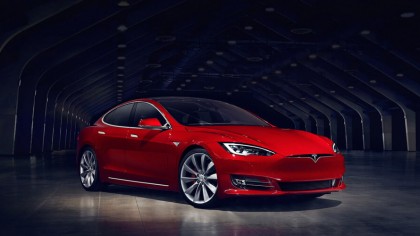 Tesla is a company known for nipping even the smallest problems as soon as they discover them. All it takes is one accident for them to issue a recall, something they proved with their Model S units in 2015 after just one seat belt came apart.

You can read the full safety notice sent out to customers yesterday:

"We are emailing to inform you of a proactive action Tesla is taking to ensure your safety as a Model X owner. During recent internal testing, Tesla determined that a small number of cables in the second row fold-flat seats in some 2016 and 2017 Model X vehicles may need to be adjusted. Although Tesla has not received reports of any issues or accidents relating to this condition, we will be inspecting the affected customers’ cars so that we can confirm whether any adjustment is needed. We are doing this out of an abundance of caution, because even though we have never seen it happen, if the cable is not properly adjusted, the seat back on the left side of the second row seats could move forward during a crash.

Our records show that you own a Model X affected by this voluntary recall. There are no parts required for this inspection, and the adjustment will take only about 10 minutes to complete. We can address 100% of these repairs via mobile service, and you will have the choice to do that or to bring in your car to a Service Center. We will be contacting you soon to schedule this according to your preference.

Until then, there is no issue with continuing to drive your Model X. We just ask that you temporarily avoid having two adults sit in the second row left and center seating positions at the same time. (Even with this issue, the seat is strong enough for a single adult or two children.) You may also continue to use child seats using the LATCH anchors, as these anchors are attached to the seat base and not the seat back. Note that this issue only affects Model X with fold-flat second row seats built between October 28, 2016 and August 16, 2017 and does not affect any vehicles with monopost seats.

Thank you for being a Tesla customer and we apologize for this inconvenience. Model X has received the highest rating in every category and subcategory in independent crash tests conducted by the National Highway Traffic Safety Administration, and we are committed to ensuring that Model X remains the safest SUV in the world.

If you have any questions, please contact us by phone at 844-248-3752 or by email at ServiceHelpNA@tesla.com."