The company tweeted out impressive footage of the performance version of its Model 3 unit handling drifting.

Tesla recently shared a video of its Model 3 sedans during skidpad testing. The clip made its way to the company's Twitter page, and it shows off the high-performance version of the car drifting in a parking lot.

You'll definitely want the audio on for this clip:

The skidpad tests typically involve revving a vehicle up to the point where the tires begin to slip. The speed of the car then gets recorded by those testing it, and then a car's handling with regard to lateral g's gets calculated. Tesla didn't put the skidpad numbers anywhere on its recent posts, but the video might speak for itself. Those numbers are often associated with how well a car handles, and they can make or break the reviews of the most powerful high-performance and luxury cars.

The Performance variant of the Model 3 is the Tesla company's most expensive option of what was originally created to be a budget-friendly compact car. The vehicle can go 0 to 60 mph in just 3.5 seconds, boasts a top speed of 155, and is estimated to have a range of 310 miles on a single charge. The Performance option initially came with a price tag of $78,000. However, Tesla lowered it to $64,000 if a buyer takes standard seating, non-premium paint, and is okay with capping the car's top speed to 145 mph.

Putting the Model 3 Back on Track

The Performance version of Model 3 is also what the Tesla company has rumored to have been cranking out in order to meet quarterly goals. For nearly all of the Model 3's production, Tesla CEO Elon Musk promised to reach 5,000 units created each week using the latest in factory automation. 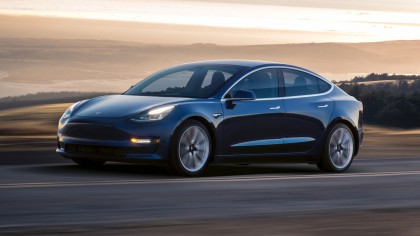 Shortly after making those statements, the company's production lines struggled. Musk himself called the factory "production hell." In April, the company was rumored to have suspended production of the Model 3 units. That production drought lasted four days, and many chalk up the suspension to reevaluating production goals.

The Model 3's performance units were only supposed to start production after the company reached its 5,000 Model 3 per week goals. Musk wanted to hit those figures by the end of 2017, and the company continued to labor through various stops, starts, and reevaluations in order to produce more vehicles. Despite the obstacles, Musk remained positive on his Twitter: