Elon Musk revealed huge layoffs shortly after Tesla recalls its 14,000 vehicles in China due to the potentially dangerous airbags.

Just on the heels of announcing some major SpaceX layoffs, Tesla CEO Elon Musk is now revealing that he will be cutting 7% of the electric vehicles maker workforce.

The news was revealed in a blog on Tesla's site written by Musk himself while China's top regulator revealed the firm would be recalling over 14,000 Model S in the country.

A headcount reduction of 7%

The CEO stated that he "unfortunately" had "no choice but to reduce full-time employee headcount by approximately 7%." He further explained that the firm grew by 30% last year which was more than it could support. 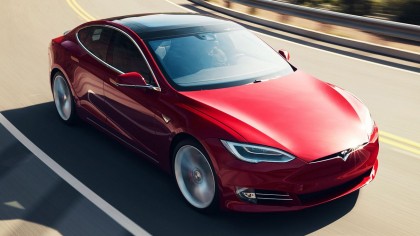 As such the company would now be retaining only the most critical temps and contractors. The CEO made sure to explain that there was "no other way."

"Tesla will need to make these cuts while increasing the Model 3 production rate and making many manufacturing engineering improvements in the coming months. Higher volume and manufacturing design improvements are crucial for Tesla to achieve the economies of scale required to manufacture the standard range (220 miles), standard interior Model 3 at $35k and still be a viable company," explained Musk in his forthcoming post.

The CEO also explained the firm faced a "difficult" road ahead of "making our cars, batteries and solar products cost-competitive with fossil fuels." He explained that, despite some progress, the firm's products were currently still too expensive for the majority of people.

However, Tesla is not alone in this type of recall. The country has seen an industry-wide crackdown on airbags involving roughly 37 million vehicles. Even firms such as Toyota and Ford have been affected.

The problem seems to be a potentially-dangerous propellant used in airbags that may cause ruptures leading to serious injuries as well as loss of life.

Tesla is aware of the issue and has even begun a worldwide recall of its sedans that feature the defective airbags that are made by Takata airbags firm. The issue was addressed on Tesla's support blog and noted the airbags only became defective by certain elements such as age.