A major coal plant shut down this past Thursday without warning. Tesla's ion battery was able to swoop in and save the day.

It was a race against the clock as the Tesla energy team compensated for the unexpected power trip of a major coal plant in Australia. The world-record holding Tesla lithium-ion battery reacted in fractions of a second, getting online before the coal plant's backup plant even completed its startup functions.

The Loy Yang Power Station tripped without warning causing a sudden loss of 560 MW of power at almost 2 a.m. last Thursday. Impressively, the 100 MW Tesla battery was easily able to pick up the slack, resupplying energy so quickly that even the Australian Energy Market Operator (AEMO) failed to successfully record data from the power switch. The Tesla battery's superhero antics pleased and surprised Australian the government because the battery went above and beyond what it was expected to do.

Some of the Tesla's best work centers around creating a sustainable future and the products and vehicles coming out of the Tesla labs that have consistently proven that functionally and efficiency can be designed together harmoniously.  Take the recent Australia power grid mishap, for example. That would typically be a major cause for concern in most cases, causing a mass shortage across the region. In fact, frustrations with those shortages are exactly what brought Tesla and its CEO Elon Musk to Australia in the first place. The lithium-ion Tesla battery was able to pick up the energy slack and supply energy to the entire grid without hesitation. They announced that the company will start building a big battery which should improve local electricity situation.

Just this year, Elon Musk and his Tesla team installed a 100-300 megawatt battery in South Australia to combat Australia's current energy crisis.  In March, the billionaire Tesla founder offered to install the super batter in 100 days. Fast forward to December and the project was underway - new electric battery was installed, for free and in no time. The battery is designed to backup 30,000 homes in Australia in case of any major electrical blackout like the devasting one back in 2016. Installed at the Neoen Hornsdale wind farm, north of Adelaide, the Tesla battery farm stores masses of energy from the renewable energy (solar powered & wind powered) and sends it out to the grid when usage is high. In a statement, the South Australian Premier Jay Weatherill expresses his excitement for the battery farm installation, saying: 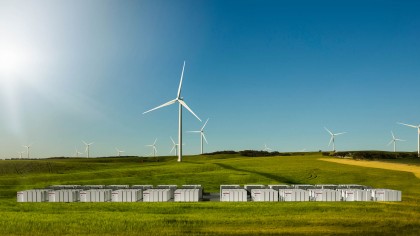 "While others are just talking, we are delivering our energy plan, making South Australia more self-sufficient, and providing back up power and more affordable energy for South Australians this summer.

The world’s largest lithium-ion Tesla battery will be an important part of our energy mix, and it sends the clearest message that South Australia will be a leader in renewable energy with battery storage."

Have in mind that the Tesla company already has its own brand of batteries: Tesla Powerwall Battery. Powerwall allows energy storage of excess electricity produced by solar panels. This product is meant to help people store electricity thus reducing the cost of living. Although Tesla is known for its state of the art cars and motors, it is also one of the companies that put clean technology ahead of everything else, even its customers. While some people view this as a media stunt, Tesla is definitely big on clean tech solutions. They have shown it times and times again. South Australia's blackouts were just the latest example where the company placed Earth first!

Via: The Verge, Unilad

It's Official. China's Solar Power Can Finally Compete With Coal