The deal was closed despite the entrepreneur's recent posts mocking the commission, seeing the company's stock rise up to 5%.

Tesla's shares surged up to almost 5% Tuesday after it was revealed that Manhattan US District Judge Alison Nathan approved CEO Elon Musk's settlement with the Securities and Exchange Commission over his tweets about taking the firm private. The terms will now see both the entrepreneur and the firm pay the SEC $20 million in penalties each.

The deal is sealed

The news came as a relief to some who feared closing the deal may be an issue after the CEO's recent tweets mocking the SEC. The official judgment now confirms Musk will resign from his chairman role "within forty-five (45) days of the filing of this Consent" and "agree not to seek reelection" or accept reappointment for the next three years.

Furthermore, the document states that Musk will have to "comply with all mandatory procedures implemented by Tesla" regarding communications relating to the firm, including in social media, press releases, and even investor calls. The plan also calls for the naming of two new independent directors.

The terms come as no surprise as they had already been revealed previously during the SEC's announcement of the settlement. "Elon Musk will no longer be Chairman of Tesla, Tesla’s board will adopt important reforms —including an obligation to oversee Musk’s communications with investors—and both will pay financial penalties," had said Steven Peikin, Co-Director of the SEC’s Enforcement Division in a press release that described the details of the deal.

"The resolution is intended to prevent further market disruption and harm to Tesla’s shareholders," Peikin had also added. The problem began when on August 7, 2018 Musk tweeted that he was thinking of taking Tesla private at $420 per share. 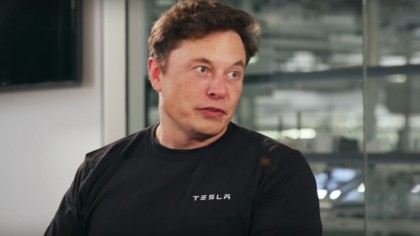 The SEC deemed that amount "a substantial premium" to the firm's trading price at the time. Musk's further claim that funding for the transaction had been secured was also questioned by the organization.

The commission stated that "Musk’s misleading tweets caused Tesla’s stock price to jump by over six percent on August 7, and led to significant market disruption." In the end, Musk and Tesla agreed to settle the charges "without admitting or denying the SEC’s allegations."

The commission said the settlement would now serve to put into place procedures and processes that would protect stakeholders. “The total package of remedies and relief announced today are specifically designed to address the misconduct at issue by strengthening Tesla’s corporate governance and oversight in order to protect investors,” had said, at the time, Stephanie Avakian, Co-Director of the SEC’s Enforcement Division.

In the meantime, Elon Musk seems to have already moved past the issue to focus on creating a giant fighting anime mecha robot. Onward and upward we say!