In a reversal from just a month and a half ago, Tesla announced this week that they won't be selling the $35,000 Model 3 online anymore as well as other changes.

Tesla announced a change to their vehicle line-up this week that saw the end of online sales of the $35,000 Tesla Model 3 announced a little over a month ago.

In a press release on their site published Thursday evening, Tesla announced the end of online sales for the $35,000 Tesla Model 3, making it available only over the phone or in Tesla Showrooms.

The $35,000 Standard Range Model 3 (Model 3 SR) was a major milestone for Tesla when they made the surprise announcement on February 28, bringing a spot of good news after months of mixed press about the health of the company. While still available for purchase, phone and in-person sales give Tesla sales reps an opportunity to up-sell buyers.

The announcement comes after reports of delayed delivery for those buyers who purchased a Model 3 SR—78 percent of which were online sales—and there have been multiple reports of buyers being contacted by Tesla sales representatives attempting to convince them to upgrade to more premium features.

To date, not a single Tesla Model 3 SR has been delivered as far as anyone can tell. The vehicle Tesla will now be delivering to Model 3 SR buyers will be a somewhat different vehicle, though arguably better, than the one they initially ordered.

Originally, the Model 3 SR had a range of 220 miles, cloth interior, manual seats, among other cost-saving modifications. Now, customers will receive the Model 3 Standard Range Plus model, which features a more premium interior and a battery with a software range limitation.

Given these developments, as well as the well-documented production and delivery difficulties, there is a real question about whether Tesla was ready to offer the Model 3 SR when they did and why they chose to announce a vehicle model they don’t seem to be able to deliver.

Besides the potential need for some good press, there are certainly other reasons why Tesla would feel pressure to deliver on its own self-imposed goal of a $35,000 Model 3 right now as opposed to later this year or even next year. 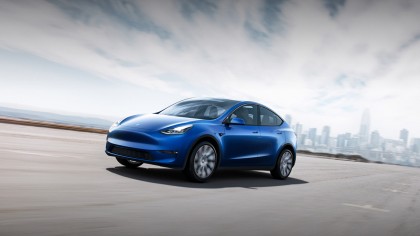 As The Verge pointed out a few weeks ago, last year Tesla passed the threshold of 200,000 cars sold in North America, meaning the US Federal Electric Vehicle tax credit that helped offset the cost of the vehicle is beginning to phase out. American buyers will only get a tax credit of $3,750 for the next couple of months before the credit drops to $1,875 for the remainder of the year. After December 31, no credit will be given to Tesla buyers. The longer the delay in purchase and delivery of a $35,000 electric vehicle, the less customers will receive in incentives, upping the real cost of the vehicle for the buyer.