Tesla filed a lawsuit against one of its former employees for allegedly hacking and sharing confidential data and misleading media.

Tesla filed a lawsuit in Nevada on Wednesday seeking $1 million in damages against one of its former employees for alleged misconduct. The employee, Martin Tripp, a process technician with the company, is accused of hacking and sharing confidential data and misleading media.

The lawsuit document, obtained by CNBC, stated Tripp "unlawfully hacked the company’s confidential and trade secret information" and "transferred that information to third parties and  also made false claims to the media about the information he stole." The suit also indicated that Tesla had only begun to know the extent of Tripp's illegal activities leaving room to stipulate that more details would be revealed.

For the time being, Tripp has confessed to "writing software that hacked Tesla’s manufacturing operating system (“MOS”) and to transferring several gigabytes of Tesla data to outside entities." The lawsuit also indicates that Tripp was a problematic employee from the beginning.

Hired in October of 2017 at the Nevada Gigafactory, Tripp is reported to have complained that his role was not senior for him. His superiors are said to have had issues with the process technician's job performance and his sometimes disruptive and combative attitude with colleagues.

This resulted in Tripp being reassigned to a new role in May of 2018, a move that the former employee reportedly expressed anger at. Tesla now suspects the employee's illegal behavior was as a form of retaliation for his reassignment.

Tesla investigators confronted Tripp with his supposed malicious activities last week. At first, denying all allegations, the former employee eventually admitted to the misdemeanors and also confessed to attempting to recruit additional sources inside the Gigafactory to steal more data. 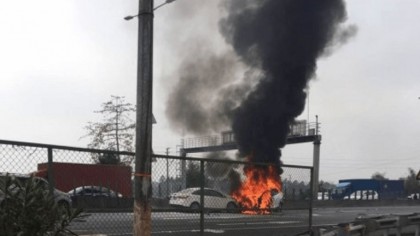 Tesla claims that these breaches have resulted in "damages including, but not limited to, damages reflecting lost business, lost profits, and damage to its goodwill, in amounts to be proven at trial." The company also added it would "continue to suffer immediate and irreparable harm, and will continue to suffer such injury until the breaches are preliminarily and permanently enjoined."

The suit also outlined some of the misleading and sabotaging information Tripp had shared with media such as false claims that punctured battery cells had been used in Model 3s and exaggerations regarding the amount of 'scrap' material that the firm produced. In addition to $1 million in damages, Tesla is requesting access to Tripp's phone, home computer and email accounts to further determine the extent of the alleged sabotage.

Former employee claims he is a whistleblower

However, Tripp is claiming he is simply a whistleblower. Shortly after the lawsuit was made public, Tripp gave interviews to both CNN and the Washington Post stating he was seeking official legal protection.

"I am being singled out for being a whistleblower. I didn't hack into system. The data I was collecting was so severe, I had to go to the media," Tripp told CNNMoney.