Tesla's Powerpack energy storage systems will now help power Vestas wind turbines. The Danish company is the largest wind turbine maker in the world. Both Tesla and Vestas hope the partnership will expand upon their respective global ventures.

By  Jessica Miley
Sep 04, 2017
Energy from Vestas wind turbines will be stored in Tesla Powerpacks. Vestas

Tesla’s Powerpack energy storage systems is about to team up with Vestas, the world’s largest wind-turbine maker, in an industry first. Most of Tesla’s large Powerpack projects have been teamed with solar power. However, the Powerpacks can also work to store energy from turbines, particularly when the wind isn’t blowing.

Elon Musk's company recently announced a partnership with Vestas Wind Systems as part of a wider global program. Headquartered in Aarhus, Denmark, Vestas has installations in over 70 countries.

"Across a number of projects, Vestas is working with different energy storage technologies with specialized companies, including Tesla, to explore and test how wind turbines and energy storage can work together in sustainable energy solutions that can lower the cost of energy," Vestas said in a statement on Friday reported by Bloomberg.

It is reported that Tesla will supply the energy storage requirements for some of the company's new project where turbines and storage are delivered as packages. Tesla’s Gigafactory 1 in Nevada, will kick into overdrive to manage production to meet all its needs. It needs to produce the batteries for the Australian project as well as several other smaller projects it has in the pipeline. The demand for batteries is so high, Tesla is using Samsung battery cells in the Australian project’s Powerpacks while the Panasonic cells get diverted to other projects. The factory is reportedly already producing more batteries than any other factory in the world, despite the fact, the factory is only 30 percent completed. Demand for batteries coming out of the factory could be set to increase with this new partnership.

However, Tesla's partnership with Vestas is certainly its largest wind project. Vestas has already deployed over 50 GW of wind power into the world and has standing orders for another 2GW for 2017. Combining battery storage with wind farms stabilizes the energy distribution from the system. The batteries can store the wind energy when the turbines produce more energy than there is demand for it. This energy can then be distributed when there is a demand for energy, but when the turbines can’t produce enough. The combination of battery and turbines allows mitigates some of the supply and demand problems experienced by turbine technology. This new collaboration is a big step for an exciting future for wind energy.

"It’s a very important step for Vestas and something that will lower the cost of sustainable energy. And that position is necessary for Vestas," Jacob Pedersen, a share analyst with Sydbank, told Børsen newspaper. 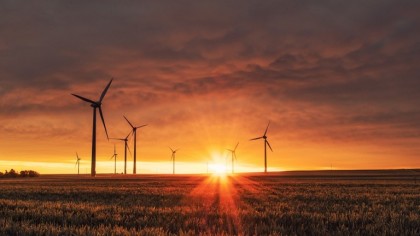 Vestas is the lead sponsor of the campaign WindMade which aims to inform consumers which products they are buying were created using energy sourced from wind farms. The idea also extends to corporations who power their organisations with wind power. The participating companies like Bloomberg, Deutsche Bank and Motorola Mobility have signed a declaration of intent to the effect that wind power is to cover at least 25 percent of their power consumption. The campaign aims to shift the conversation about energy sourcing away from the energy a product uses in its lifetime to a broader discussion on the embodied energy of a product. By understanding with what energy sources products were made with, consumers can make better environmental decisions.