Tesla will keep Elon Musk as their CEO for another decade, but the vesting schedule set up for him means that he's going to have to make the company a lot of money before he sees any himself.

Elon Musk has already changed the technological and economic landscape of the world so much during his lifetime that it’s as hard to imagine a scenario in which he continues to make a tremendous impact in the market as it is to imagine that he would give up on being the world’s greatest start-up raising entrepreneur.

Tesla’s update that they plan to keep Elon Musk on as CEO shouldn’t come as that big of a surprise. Any notion that he was going to leave should have been considered posturing from the start – Musk is too important to Tesla’s brand, and Tesla is too important to Musk as a business brainchild for him to ever give it up. It has become increasingly clear to the world through Musk’s endeavors that making money is not his primary goal; making money is a means to a wild end.

Musk has taken a winner-take-all approach to driving up the market capitalization of Tesla. He doesn’t take home a salary – all he has is the value of his stock. If the value of the company’s stock goes up, he makes more money. If it goes down, he loses money. 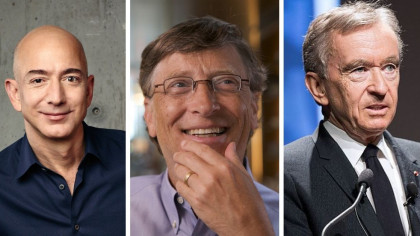 Being the perpetrator of missions to Mars, self-driving electric cars, and massive batteries that reduce our reliance on fossil fuels are legacies that will outlast Musk’s money by centuries. But in the short term, Tesla has announced plans to change his compensation package in a way that will make him the richest man in the world if the company passes economic benchmarks at the same rate that it has been.

And now, the CEO’s new compensation plan works on vesting schedule; not only does he have to help the company grow to make any money at all, he has to reach certain seemingly impossible benchmarks in order to receive any money at all.

So, it’s up to him to keep the company growing if he wants to gain the capital necessary for him to take on his next crazy project. And God knows what that project would be; Musk has traveled quite a long way from his humble beginnings, and SpaceX is an endeavor entirely different than PayPal.

This is fine evidence that the greatest races in technology and economics right now are not fought on good ideas alone, but also through the indomitable power of branding. Musk is a brilliant financier and an excellent entrepreneur, and nobody is accusing him of being anything less than very smart, but the fact of the matter is that he is not a bootstrap engineer doing calculations and making parts requests. He is extremely important to companies like Tesla and SpaceX because he provides a familiar, trustworthy face for investors to get behind. And while those companies remain profitable at their most effective, the power of his branding will be good for humanity.