In an email sent to employees today, Tesla CEO Elon Musk announced the firm would be conducting a restructuring resulting in the removal of duplicated roles.

Last month saw Tesla CEO Elon Musk release an email revealing his disappointment with the quality and number of contractors at the firm resulting in plans for layoffs. The email was then followed by an announcement at the firm's quarterly conference call.  It was communicated that a reorganization was in the process that would see management structure flattened as well.

Now, in another email to employees, Musk confirmed that approximately 9% of Tesla’s workforce would be terminated due to the company's growth which also resulted in some undesired role duplications. The CEO also clarified that only salaried employees would be let go and that those expected to be made redundant would be informed this week and offered salary and stock vesting commensurate to their time of service.

Musk further added that for the time being, production associates were safe from layoffs as the firm is committed to reaching Model 3 production targets. Meanwhile, he offered some explanation for how layoff decisions were made.

The email specified that evaluations had been undertaken regarding "the criticality of each position, whether certain jobs could be done more efficiently and productively, and by assessing the specific skills and abilities of each individual in the company." However, Musk did thank leaving employees for their hard work and wished them well for their future opportunities.

A difficult job ahead

The CEO also issued a warning to remaining employees that they had a "difficult job ahead." "We are a small company in one of the toughest and most competitive industries on Earth, where just staying alive, let alone growing, is a form of victory," Musk extrapolated.

The email also announced the termination of Tesla's agreement with Home Depot. The contract was expected to see Tesla energy advisors sell the firm's products at 800 Home Depot locations across the US. 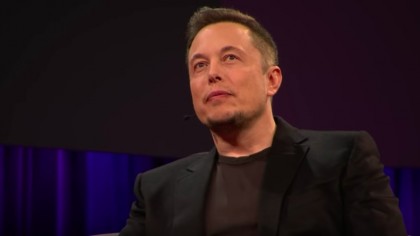 The firm, however, now has plans to sell its products at its very own stores and online. As such, the CEO said that most Tesla employees working at Home Depot would be offered positions in Tesla retail locations.

Such an increase is bound to come with complications and a loss of productivity and profit margins. Musk's attempts to "flatten our management structure to help us communicate better, eliminate bureaucracy and move faster" are well-founded.

Musk is also familiar with necessary layoffs. The CEO embarked on another aggressive restructuring and elimination of duplicate positions during his acquisition of SolarCity.

The move, that saw approximately 20% of SolarCity's workforce terminated, was announced by the solar energy firm as soon as it accepted Tesla's acquisition offer. SolarCity said in a statement that the measures were “initiatives to realign the Company’s operating expenses to match the Company’s reduced guidance for Megawatts Installed."