Elon Musk announced on Twitter today that Tesla would be unveiling their highly-anticipated SUV Crossover, the Model Y, on March 14th at an event in Los Angeles, California.

Details about the Model Y have been slowly leaking out for months now, but there’s much that we still don’t know about the vehicle.

Model Y, being an SUV, is about 10% bigger than Model 3, so will cost about 10% more & have slightly less range for same battery

What we do know from what Elon Musk has tweeted out so far is that it will build on the Model 3 and be about 10% bigger, it will cost 10% more, and have less range than the flagship Tesla sedan since it will use the Model 3’s battery despite the extra weight.

According to Digital Trends, 75% of the parts for the Model Y will be the same as the Model 3. Much of the remaining difference will undoubtedly be the Model Y’s hatchback, which also likely contributes the bulk of the Model Y’s extra size and weight.

The design for the Model Y was finalized last year, according to Musk’s previous statements on the issue. Musk has previously said that Tesla plans to build both the Model 3 and now the Model Y at the Reno Gigafactory, with volume production slated to begin next year.

In addition to the Model Y, Musk also tweeted out that Tesla's V3.0 Supercharger Station will go live on Wednesday of this week and will be available to the public.

A Good Run Of News For Tesla 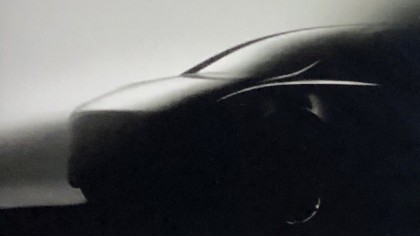 With the announcement last month that the SEC was lodging a complaint with a US District Court judge that Elon Musk had violated the terms of his negotiated settlement with the Securities regulator, putting his future as the CEO of Tesla in some jeopardy, the recent outbreak of good news for Tesla couldn’t have come at a better time.

With their announcement last week that the Tesla Model 3 would finally be available for $35,000 before incentives, Tesla achieved the stated, strategic goal the company had set for itself and did so sooner than expected.

Introducing a new model of vehicle is sure to be popular with those already eager for more diversity in Tesla’s line-up and an SUV crossover should sell as well as the Model 3 has, barring unforeseen complications with its production, which has plagued its model lineup in the past.

Can a 1972 Plymouth Satellite Coupe Run on a Tesla Model S Engine?