Tesla has announced a historic partnership with the government of South Australia to build a 100KwH capacity energy storage plant. South Australia has been plagued by extreme weather condition in the last few years, that have damaged key energy infrastructure resulting in prolonged statewide blackouts.

The government engaged in a process calling for expressions of interest from the international energy industry asking for solutions to the problem. Of the 91 proposals accepted, Tesla was awarded the winner this week. 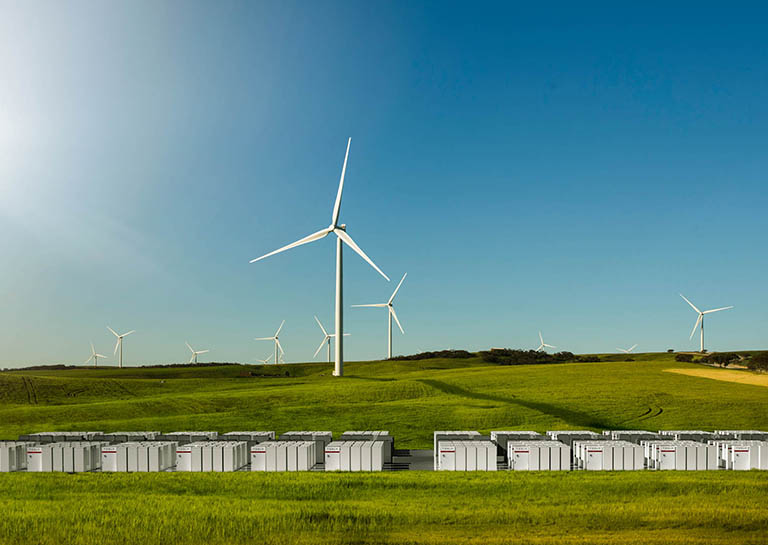 This will be the highest power battery system in the world by a factor of 3. Australia rocks!! https://t.co/c1DD7xtC90

The company will build a 100 MW/129 MWh Powerpack system in conjunction with French renewable energy provider Neoen’s Hornsdale Wind Farm. The revolutionary power solution will be located near Jamestown, South Australia. The Tesla  storage system will charge from the renewable energy provided by the windfarm and then deliver the electricity back to the electricity grid during peak hours. The entire lithium-ion battery system provides stable green energy at large scale. Most critically for the state, the system will be in constant operation delivering constant and reliable energy.

System to be the largest in the world

The system is expected to be up and running before the end of the year and will be the largest lithium-ion battery storage project in the world. More than 30,000 homes can be provided for by the system. The powerpack system looks like a group of big fridge sized boxes, each one weighs 1200 kilograms.

This is the most ambitious battery project from Tesla to date. And comes with a lot of risks as the company has stated they can get the project completed within a hundred days from the date that the project receives final planning approval. The batteries used in the plant will have a life expectancy of about 15 years, but they are replaceable with the circuitry of the project lasting 20-30 years.

Battery power is just one of Tesla’s diverse projects that range from electric cars to space exploration. Domestic battery packs are also part of the company's portfolio. The domestic battery system, known as Powerwall, stores power generated through solar panels. The system has proven to be popular in Australia where domestic solar panel installation is on the rise.

South Australia sets the mark for other Australian regions

South Australia is investing more in renewable energy than any other state in Australia. There are more than 160,000 solar systems installed across homes and business. A report from the Energy Supply Association of Australia suggested that SouthAustralia has a higher rate of solar panel installation than any other country in the world. 15 per cent of roofs in South Australia are occupied with solar arrays.