Tesla has been making headlines with the announcement of their Model 3 sedan, but the company's high-tech autopilot feature has also garnered much attention. The versatile feature incorporates many sensors throughout the car to brake, switch lanes, and deliver blind spot warnings, all autonomously. The service can do a lot, but Tesla owners have to pay an extra US$2500 in order to use the features. One owner was incredibly thankful he paid the extra cash recently as the feature saved him from a possibly harmful car wreck. Check out the video of the close call below.

The Tesla was obviously in the blind spot of the truck, but when autopilot sensed the vehicle getting closer, it switched on and swerved out of the way. Joshua Brown, the owner of the Tesla wrote this about the incedent:

"Once the roads merged, the truck tried to get to the exit ramp on the right and never saw my Tesla. I actually wasn't watching that direction and Tessy (the name of my car) was on duty with autopilot engaged. I became aware of the danger when Tessy alerted me with the "immediately take over" warning chime and the car swerving to the right to avoid the side collision."

Elon Musk saw the video and loved being able to see his technology in action. He tweeted this shortly after it was uploaded:

Owner video of Autopilot steering to avoid collision with a truckhttps://t.co/FZUAXSjlR7

With the Model 3 being brought into the price range of many consumers, owning a Tesla may be in the future of a lot more people. 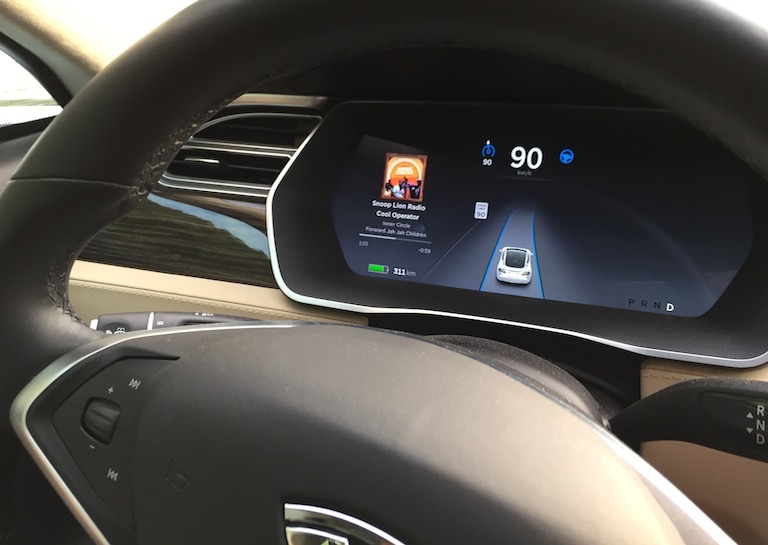 Imagine the number of car wrecks that could be prevented if every car were fitted with this autopilot system. While the days of fully autonomous vehicles are still far off, driver assist programs may have a big effect on accident rates as their installation becomes more prominent.