Tesla has releasing a Model 3 DIY "maintenance" guide that reflects the end of a long tradition of car owners maintaining their own vehicles.

Car enthusiasts who may have been hoping that Tesla would be letting them perform their own maintenance on their Model 3 sedans will find little comfort in Tesla's newly released "maintenance" guide.

The tradition of maintaining your own vehicle has been on the decline in recent years, so at first glance it's cool to see Tesla releasing a "Do It Yourself" maintenance guide for their Model 3, but if you are the type of person who can spend all weekend in a garage working on a car, you probably shouldn't get your hopes up.

The online guide says that “Tesla owners who wish to perform basic procedures or maintenance on their vehicle can do so without having to schedule a Service appointment,” but cautions that they should “only perform a procedure if [they] feel comfortable doing so, and always follow all provided instructions.”

The guide isn’t what anyone would call exhaustive to say the least, providing instructions for procedures such as “Restarting the Touchscreen” and “Checking and Adjusting Tire Pressures,” with nothing more complicated than “Replacing Cabin Filters” on the list.

Here is the full list that Tesla has released so far:

Owner DIY Maintenance All but Dead

There was a time when owning a car largely meant that you were expected to perform almost all of the maintenance on the car yourself. Over the years, however, owner maintenance is on the decline, and not because owners have gotten lazy about it.

While that certainly plays a role, the much larger issue is that as shop classes were slowly phased out of the curriculum, the cars themselves grew much more complex and digitized. Cars have featured computer systems of some kind for decades now, but today’s cars are entirely operated by computer systems. The software in the car registers the input from the driver using the steering wheel, gas pedal, and all the rest and then tells the other digital controllers of the various parts to do what you want it to do.

All of this digitization of what used to be an entirely mechanical machine has made it much harder for car enthusiasts to dig into their cars the way they used to. Doing so would require them to dig into the actual software in the controllers that operate any given part, which has led to all sorts of legal challenges for car owners.

Personally, I know how to turn a key, drive places, and parallel park in New York City. Beyond that, a car might as well be powered by magic and elves under the hood instead of an engine and I couldn’t tell the difference, but for many car owners and enthusiasts, looking under the hood and tinkering with the vehicle is their sacred right as an owner and it’s hard to disagree with that sentiment.

Unless you're an automaker, that is. They see it very differently, saying that only those licensed by the automaker should be able to access that software to make repairs or modifications to the vehicle and they likely have the law on their side. Automakers argue that US copyright laws that govern software code effectively means that car owners do not actually own the whole car the way they used to just a generation earlier.

Their argument isn't without merit. As diesel-gate demonstrated, changes in the software can turn a car from one that complies with emissions regulations into one that violates them. Safety is also an issue considering that alterations to the software can introduce all kinds of cascading software disruptions that can lead to what we call undefined behavior. In a vehicle, this can mean everything from your turn signal won't shut off to your car won't stop accelerating until it flies off the side of a road and into a ditch; or worse, into another car and injuring or killing the other driver.

Since the consequences of software failure on the road are so high, there's going to be much stricter regulation around who can access that software, and as a consequence, people who may want to perform their own maintenance like they've always done are slowly losing the ability and even the legal right to do so. 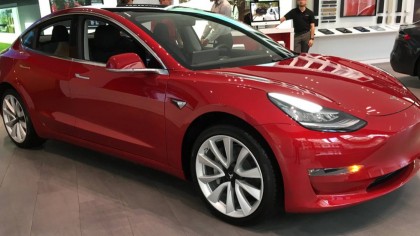 Still, automakers could make it easier for car owners to safely make repairs or modifications without needing to access the underlying software but this would cost the automaker more money to program into the vehicle for something that they couldn't market as a feature to more than a increasingly smaller number of potential buyers. As some have pointed out, it's also unlikely that automakers will make it easier for car owners to do something for themselves when they can instead make them buy that service directly from them or from those they authorize.

Tesla’s DIY maintenance guide is a reflection of that reality, and while it's not a bad thing that they released it for their owners, replacing the battery on a key fob is hardly the kind of DIY maintenance car enthusiasts were probably hoping for. Soon, they may be lucky if they're allowed to do even that much.