In an entry published on Tesla's website, the firm's CEO shared every detail of his discussions about taking the company private, from his decision to make the news public to his potential backers.

Last week, Tesla CEO Elon Musk took to Twitter to announce he was considering taking the firm private and that the funding for the move was secured. He followed up with a blog post revealing an employee email he had sent regarding the news.

Now, a new Tesla blog post from the entrepreneur has finally revealed where his so-far-secret funding could come from. In fact, the entry even featured a section where Musk explained what he meant by "funding secured." 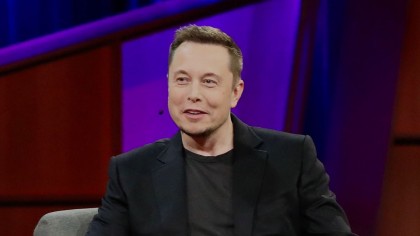 The move is likely an attempt to bring some clarity and perhaps calm the frenzy that followed Musk's first announcement. The event led to countless speculations and even some lawsuits.

Musk began his post by explaining exactly "what has happened so far" with his decision to take the company private. He outlined that his $420 per share buyout would be used "only for shareholders that preferred that option" and that the rate is a "20% premium over the ~$350 then current share price."

He then revealed that Tesla's board’s outside directors had had an initial private meeting to discuss Musk's proposal followed by a full board meeting. The CEO had attended the second to make a case for his position.

It was then that Musk had revealed the funding discussions he had had with the Saudi Arabian sovereign wealth fund, talks now made public through his blog. Starting in early 2017, the Saudi fund had reached out to the Tesla CEO "multiple times" about taking the electric carmaker private.

That offer was revisited "recently," revealed Musk, after the Saudi fund has "bought almost 5% of Tesla stock through the public markets." The CEO had met with the fund's representatives on July 31.

Musk stated that, during that meeting, the fund's Managing Director "strongly expressed his support for funding a going private transaction." "I understood from him that no other decision makers were needed and that they were eager to proceed," wrote Musk.

The "right and fair thing to do"

Musk further clarified that he had not made the decision to make the announcement public lightly. The CEO had considered it carefully and come to the conclusion that it was the "right and fair thing to do."

"The only way I could have meaningful discussions with our largest shareholders was to be completely forthcoming with them about my desire to take the company private. However, it wouldn’t be right to share information about going private with just our largest investors without sharing the same information with all investors at the same time," read the blog.

Musk also reassured readers that no final decisions would be made without an "appropriate evaluation process" or the "required regulatory approvals." The post was likely successful in assuaging fears regarding Tesla's future. After the blog was published, the firm's shares rose 0.75% to $358.08